Tomorrow marks an historic day for Iraq - the deadline for U.S. combat troops to pull out of its cities - and Iraqis are reacting with mixed feelings. The government has declared it a national holiday, with celebrations and military parades planned. 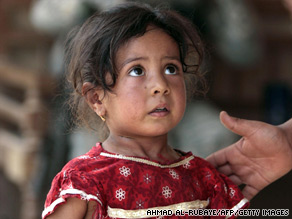 An Iraqi girls looks up at a U.S. soldier in the village of Khan Bani Saad, near Baquba. U.S. combat troops will pull out from Iraq's cities and main towns tomorrow as Iraq takes sole charge of security in a major stepping stone to American withdrawal.

Many Iraqis say they're glad to see Americans gone... that they will feel freedom and liberation. But, others aren't so sure... One Baghdad resident says she feels "fear and horror"... and says many Iraqis will be "afraid of each other." Others say they have come to depend on U.S. troops.

More than six-years after the invasion - the U-S says Iraqi forces are ready to take control of security in the cities. We'll see soon enough. The last 10 days have seen several bomb attacks and assorted violence which has left more than 200 Iraqis dead and hundreds more wounded. Iraqi and U.S. officials had warned of an expected rise in attacks around this withdrawal date.

After the handover - U.S. forces will have to get permission from Iraq to go into cities or carry out operations in urban areas. There will be a small number of U.S. troops remaining in cities to train and advise Iraqi forces - but most of them will be in bases outside city limits.

There are about 131,000 U.S. troops still in Iraq. Most are supposed to leave the country by next summer, with all forces gone by the end of 2011.

Here’s my question to you: What is life likely to be like in Iraq without the presence of U.S. combat forces in its cities?

END_OF_DOCUMENT_TOKEN_TO_BE_REPLACED

How much Michael Jackson coverage is too much?

It's been pretty much impossible to avoid news coverage of the death of Michael Jackson since Thursday afternoon... Cable TV, network news prime-time specials, the tabloids, special edition newspapers, the blogs, you name it.... 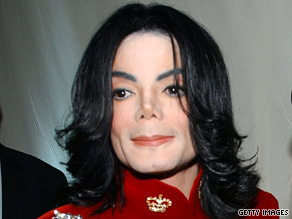 And, as is often the case with these celebrity stories, it seems like there won't be an end any time soon. This one may be especially lengthy, because of new questions that keep popping up every day - including how Jackson actually died.

The family has asked for a second autopsy and they are "quite clearly troubled" about the circumstances surrounding the singer's death. An autopsy performed by a county medical examiner was inconclusive. It could take another four-to-six weeks to get the results of toxicology tests.

Jackson's doctor's role in all this was immediately questioned, although his lawyer insists he didn't inject Jackson with painkillers.

The story will also drag on due to questions surrounding what happens to Jackson's three children; his mother has been granted temporary guardianship of the kids. But, there's a hearing set for early August for permanent guardianship and you can expect that to be a circus.

Not to mention the worldwide media attention that will be focused on a possible global memorial service as well as Jackson's funeral. Big story… but the coverage is even bigger.

Here’s my question to you: How much Michael Jackson coverage is too much?

END_OF_DOCUMENT_TOKEN_TO_BE_REPLACED 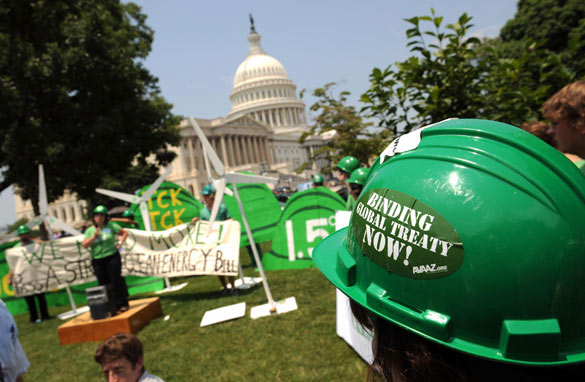 House Minority Leader John Boehner calls the climate change bill a "pile of manure." Only he used the other word for it.

The Democrats released a 300-page amendment to this 1,200-plus page bill at three a.m. on Friday - just hours before the chamber would vote - and before the July 4 recess. Much like the economic stimulus bill, it seems nearly impossible that members even had the chance to read it. The bill passed by a narrow margin - with virtually no Republican support.

The measure would reduce greenhouse gas emissions 17-percent by 2020 and 83-percent by 2050 through the so-called "cap and trade" program where companies would buy and sell emissions credits. It would also force utilities to make more power from renewable sources.

Democrats hail the bill as transformational legislation; but it faces an unclear fate in the Senate where majority leader Harry Reid says they will take it up in the fall.

Opponents say some industries will just move jobs overseas to countries that don't control greenhouse gas emissions. Republicans insist the bill amounts to the largest tax increase in U.S. history... saying it will tax anyone who drives a car, flips on a light switch, etc. But Pres. Obama insists it will cost the average American about the price of a postage stamp every day.

Here’s my question to you: Should the House have passed a 1,200 page climate change bill amended only hours before it was voted on?