Goldman Sachs may make its largest bonus payouts ever

Goldman Sachs is on track to make the biggest bonus payouts in the company's 140-year history - according to a report in the British newspaper 'The Guardian'. Goldman staff in London were reportedly told that they could expect record bonuses if the company - as predicted - has its most profitable year ever. 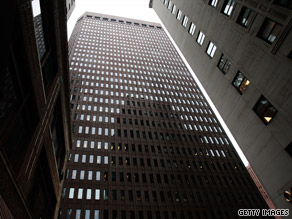 The investment bank's earnings are up for several reasons - including a lack of competition, along with increased revenue from trading foreign currency, bonds and fixed income products.

Just last week Goldman Sachs repaid the government the $10 billion in TARP money it had received - which would leave it free to do whatever it wants. Yet the company is denying these reports about record bonuses, calling them "pure speculation." They say they won't know what bonuses will be until the end of December.

But the company's CEO told lawmakers recently that the firm is obligated to "ensure that compensation reflects the true performance of the firm and motivates proper behavior."

Critics say the culture of excessive risk and excessive bonuses is what brought down the financial system in the first place. Also, in light of the ongoing recession, record unemployment, foreclosures and a whole range of economic woes... some might wonder if this would be the best time for Goldman to pay out record bonuses.

It's believed the firm paid $1 million or more to nearly 1,000 bankers last year.

Here’s my question to you: What message would it send if Goldman Sachs makes the biggest bonus payouts in its 140-year history?

Jerry from Toronto writes:
I don’t see an issue with bonuses, what I do see are the greedy not learning any valuable lessons. The next time the market fails do not give them a pass and let them collect $200; the Monopoly money has run out. They can stand in the bread line with the rest of us.

Martin from France writes:
It would send a great message that not all companies are struggling and there is hope ahead! Some companies can manage through these times well. Companies (such as British airways) are asking employees to work for free, take unpaid leave etc when times are tough. We've got to expect the reverse - when times are good, reward the staff.

Walter writes:
So Goldman Sachs may have its "most profitable" year ever, leading to the payment of "record" bonuses. Has everyone forgotten about the $13 billion of taxpayer money funneled to Goldman through AIG during the last 9 months? Sure, Goldman paid back the $10 billion of TARP money it took through the front door. But the $13 billion laundered through AIG and taken in the back door would appear to have gone straight to the bottom line.

Steve writes:
Massive bonuses in the face of this difficult recession will further alienate the average, hard-working people who have had to tighten their financial belts, or who may have lost their jobs entirely. If society begins to see most bankers as greedy and out-of-touch with the common person, there is a growing chance that legislation may emerge that limits or penalizes massive compensation and bonuses. Bankers may be biting themselves in the rear end!

Marc from Virginia writes:
It's still a free country for now. They can pay their execs whatever they want.

Nereida writes:
Goldman Sachs must be doing something right if they paid back their loan and managed to pay off bonuses. I'm currently unemployed and would love to return to New York. Whom should I address my resume to?