Should illegal aliens collect damages if injured while working in U.S.? 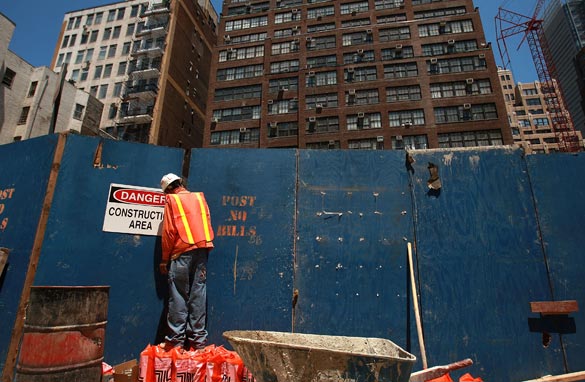 Three illegal aliens have been awarded a total of $3.85 million in damages for accidents on New York City construction sites.

The lawyer for the men says all these cases involved "terribly unsafe working conditions" and he re-emphasizes to all undocumented workers that they have the same rights once they're on the job as any New York citizen.

In one case - An undocumented plumber from Mexico was scalded by an exploding pipe at a Wall Street construction site; he settled his damage claim for $2.5 million.

Another undocumented Mexican worker suffered severe injuries when a steel beam fell on his lower body; he settled for $750,000.

And a third laborer from Ecuador settled a damage claim for $600,000 after being injured when three large trusses collapsed onto him.

Of course, it is illegal for an employer to hire an undocumented worker; but according to New York City law - if an illegal alien is hired by an employer he then has the right to be paid minimum wage and overtime, the right to health protection and workplace safety and the right to organize to improve labor conditions.

That is - even though these workers are in the United States illegally in the first place... and should have never been hired.

Here’s my question to you: Should illegal aliens collect damages for injuries sustained while working in this country?

END_OF_DOCUMENT_TOKEN_TO_BE_REPLACED

How has your definition of 'retirement' changed?

Thanks to the economy - millions of people are being forced to redefine what "retirement" will mean for them. USA Today reports how many of the 77 million baby boomers are coming to terms with a new reality: Working longer, saving more, and spending less. 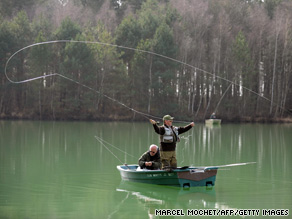 AARP says nearly a quarter of Americans aged 45-to-54 have put retirement plans on hold.

They've seen the Wall Street crisis affect their retirement savings more than any other group. Many have lost jobs at a time they expected would be their peak earning years... and are now trying to find a new job.

Baby boomers are typically out of work longer than younger Americans - sometimes finding it harder to get a new job because they've had higher salaries; but also because they may be rusty at applying for jobs and their skills could be out of date. To make matters worse, their health care costs rise as they get older while their home values decrease.

Things are especially tough on a group known as the "Sandwich Generation" - people who are footing the bills for their children's college education and their elderly parents' long-term care, while trying to save for their own retirement.

– 35-percent of people ages 45-to-54 have stopped putting money into their 401k, IRA or other retirement accounts

– 56-percent have postponed a major purchase

– 24-percent have postponed plans to retire

As one boomer put it: "Today, I see myself working until I drop."

Here's my question to you: In light of the economy, how has your definition of "retirement" changed?

END_OF_DOCUMENT_TOKEN_TO_BE_REPLACED

Should the U.S. do more to help the Iranian people?

When it comes to showing support for thousands of Iranian protesters - critics say President Obama is not doing enough. Republican Congressman Mike Pence has introduced a resolution that would "speak a word of support for the people of Iran." 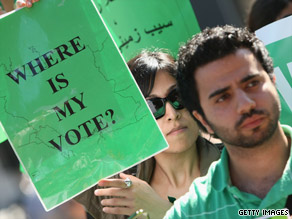 He says he doesn't think the U.S. should endorse the opposition candidate; but rather show support for protesters who are "risking their lives for free and fair elections."

Also, The New York Times reports that while some senior administration officials like Vice President Joe Biden and Secretary of State Hillary Clinton support the president's approach, they too would like to strike a stronger tone of support for the protesters.

But other officials believe a more cautious approach is the way to go... they say harsh criticism of Iran's government or more support for the protesters could end up backfiring - by making it seem like the U.S. is behind these efforts.

Some point out that the president can't only focus on the protesters since there are many issues to worry about when it comes to Iran - including the nuclear one.

Despite President Obama's more muted response to events, the Iranian government is still accusing U.S. officials of meddling. The State Department insists that Washington is withholding judgment about the election and not interfering with Iran's internal affairs.

Here’s my question to you: Should the United States be doing more to help the Iranian people?