Would you work without pay for a month to save your job? 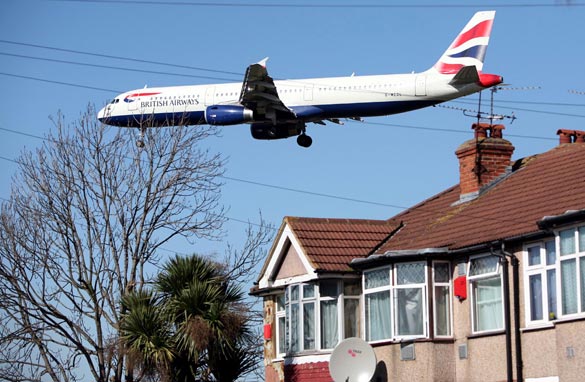 British Airways is asking thousands of its employees to work for free for up to a month.

Because of financial problems, the airline has e-mailed workers offering them between one and four weeks of unpaid leave - but with the option to work during this time.

Last month, the company showed a record annual loss of more than $650 million. As the global recession drags on, the airline is seeing demand for passenger seats and cargo space fall... while ever higher oil prices translate to more and more expensive jet fuel.

The CEO of British Airways recently said there were "absolutely no signs of recovery" in the airline industry - calling it "by far the biggest crisis" they've ever faced. He says he's agreed not to take a salary for the month of July.

But, one of Britain's biggest unions says employees can't afford to work for free for a month; they say while the company's CEO might be able to do that, ordinary workers can't.

British Airways - which employs more than 40,000 people in the UK - says the voluntary pay cut would be spread over several months. They say more than 1,000 people have signed up for their work-for-no-pay plan so far.

Here’s my question to you: Would you be willing to work without pay for a month in order to try to save your job?

END_OF_DOCUMENT_TOKEN_TO_BE_REPLACED

Confident economy will recover this year?

One of the sharper financial minds out there says we're not out of the woods yet when it comes to an economic recovery. Despite what many see as glimmers of hope - economist Nouriel Roubini told a conference hosted by Reuters that the U.S. economy won't recover until the end of this year... And even then the growth will be weak and possibly short-lived. 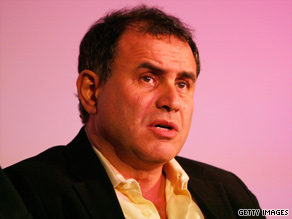 Economist Nouriel Roubini - who predicted the global credit crisis - does not think our economy will recover any sooner than the end of the year; and even then, growth will be minimal.

Roubini is the guy who predicted the global credit crisis - so he's probably worth listening to.

He doesn't buy the idea that a rebound is imminent; and instead says there's a real chance of a so-called "double-dip" recession - where the economy expands slightly only to start contracting again, "In addition to green shoots there are also yellow weeds."

Roubini says the U.S. unemployment rate will reach 11-percent before improving. He points to the contradiction between surveys that show the economy improving; and the reality of industrial production, which is down sharply. Also, he doesn't see many options for growth considering American consumers are already tapped out.

Roubini believes the Fed will keep interest rates low for a while, but: "Inflation will be a time bomb after that." He says the central bank missed the seriousness of this crisis at the beginning, but eventually did the right thing to avoid a depression. But he says all these emergency lending programs are not sustainable.

Here’s my question to you: How confident are you the U.S. economy will recover by the end of this year?

END_OF_DOCUMENT_TOKEN_TO_BE_REPLACED

Whether or not there's another political revolution in Iran - there's no doubt the country has already witnessed a technological revolution. Iranian officials have been trying to clamp down on the flow of information in all the ways these regimes do - restricting the coverage of western journalists, kicking others out of the country, shutting down web sites. 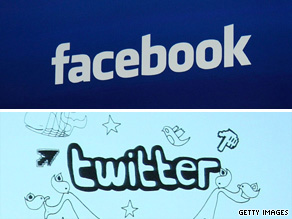 But it's not working this time - and one of the big reasons is social media networks like Twitter and Facebook. Many of the young demonstrators - 70-percent of Iranians are under 30 - have used these technologies as a tool to coordinate their protests over the election's outcome. They're also posting graphic pictures and videos of the crackdown by officials.

The U.S. State Department points to Twitter as one of the ways Iranians can "get the word out," and officials in this country are even following these social networks. In fact, the government contacted Twitter at one point asking them to delay a planned update that would shut the system down temporarily.

Thomas Friedman writes in The New York Times about the diffusion of technology as one of the major factors changing the Middle East. He points to all this stuff - the Internet, blogs, YouTube, cell phone text messaging - as a way for people "to communicate horizontally, to mobilize politically and to criticize their leaders acerbically, outside of state control."