President Obama: "You ain't seen nothing yet", should he be so confident?

Perhaps feeling proud of his accomplishments during his first four months in office, President Obama told a star-studded Hollywood crowd, "You ain't seen nothing yet."[cnn-photo-caption image= http://i2.cdn.turner.com/cnn/2009/images/05/29/art.obamacf0529.gi.jpg caption="Should President Obama be so confident about his presidency?"]

At a fund-raising dinner where couples paid $30,000 a ticket, the president said he would put his first four months in office up against any prior administration since FDR.

Mr. Obama ticked off a list of some of the successes he's achieved so far including: passing the largest economic recovery package in the history of the U.S., removing the ban on funding of embryonic stem cell research, taking measures to stabilize the housing market, cracking down on predatory abuses by credit card companies and expanding the children's health insurance program. He also praised Sonia Sotomayor, his nominee for the Supreme Court.

Mr. Obama acknowledged that although his administration has made progress, there is more work to do and said we can't rest on our laurels. "It won't be easy. There will be setbacks. It will take time." He added that he's made some mistakes and guarantees he'll make more.

Meanwhile, when it comes to raising money, Barack Obama hasn't lost his fastball. The celebrity dinner, along with a concert later that evening, brought in between $3 and $4 million for the DNC.

Here’s my question to you: President Obama says "You ain't seen nothing yet" when it comes to his presidency. Should he be so confident?

END_OF_DOCUMENT_TOKEN_TO_BE_REPLACED

How will your children's lives be different from yours? 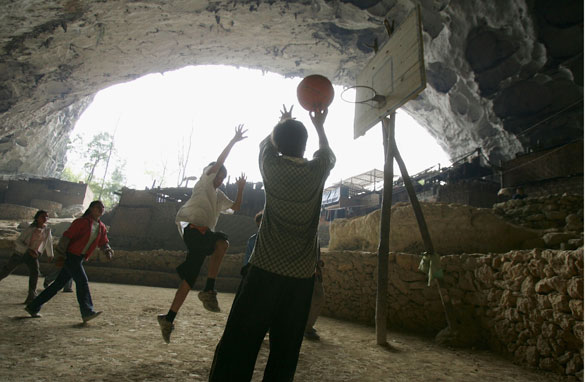 The American Dream may be slipping away. Examples are everywhere. One comes from CNNMoney.com, which reports how the life of autoworkers is changing.

It used to be that getting a union job on the production line of a big car company would instantly vault someone into the middle class, even if they didn't have much formal education. But those days are gone.

With Chrysler declaring bankruptcy, and General Motors expected to follow soon, the government is demanding these companies bring their labor costs in line with foreign competitors. That means an entry-level autoworker who used to make $28 an hour could soon be making $14 an hour.

Workers' benefits are also taking a hit. Union employees will have to pay a much larger share of their health care expenses. And when they retire, the company won't be paying for their health care anymore. Also, going forward, fewer medical procedures and drugs will be covered.

The story of the American autoworker is just a slice of what's happening across the country. It seems increasingly likely millions of people won't be able to maintain the standard of living they've grown accustomed to, not to mention what's around the corner for the next generation.

A recent poll found more than a third of parents think their children's standard of living will be worse than theirs is now.

Here’s my question to you: How will your children's lives be different from yours?

END_OF_DOCUMENT_TOKEN_TO_BE_REPLACED

Feelings toward former President Bush softened at all?

While Former Vice President Dick Cheney hasn't been able to keep his mouth shut since leaving office, the former president has been largely silent. Until last night that is.[cnn-photo-caption image= http://i2.cdn.turner.com/cnn/2009/images/05/29/art.bushmarineone.gi.jpg caption="Former President Bush and former First Lady Laura Bush board Marine One following the inauguration of President Barack Obama."]

The former president told the crowd of 2,500 people that after 9-11, he vowed to take quote "whatever steps were necessary to protect you." Bush said after the capture of Khalid Sheikh Mohammed, he wanted to determine what means were legal to get information from the terror suspect.

Although Bush's message might be similar to Cheney's, the tone is very different. Bush repeatedly insisted that he doesn't want to criticize Pres. Obama and he didn't specifically refer to the debate over the new president's decision to stop using harsh interrogation techniques.

In a departure from how these kind of events were handled before, Bush answered questions directly from the audience for almost an hour – instead of responding to questions that had been submitted ahead of time.

When asked what he wants his legacy to be, Bush said, "The man showed up with a set of principles, and he was unwilling to compromise his soul for the sake of popularity.”

Here’s my question to you: Have your feelings toward former President Bush softened any now that's he's been out of office for four months?