Are you willing to change your diet to combat global warming?

The headline reads: "Burping of the lambs blows roast off the menu." In one of the more bizarre articles on global warming, the London Times reports that government officials are urging people to give up lamb roasts and save the planet. And it's not just lamb. Government advisers in the U.K. are taking steps to remove other so-called "high carbon" foods from menus as well. 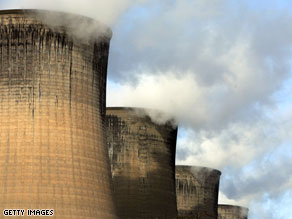 We're used to doctors and nutritionists telling us we need to change our lifestyle and diet to combat obesity, diabetes and heart disease. Well, now climate-change experts are singing the same tune, saying a change in our diets is a crucial step to cutting carbon emissions.

Lamb, alcohol and tomatoes are among the biggest carbon-producing foods, while those that produce fewer carbon emissions include potatoes, seasonal vegetables, pork and chicken.

But what are we really talking about here? Well, according to a study on greenhouse gases that was sponsored by the British government, producing 2.2 pounds of lamb releases the equivalent of 37 pounds of carbon dioxide.

As The Times points out, sheep and cows burp a lot and that produces the greenhouse gas methane.

Here’s my question to you: How much are you willing to change your diet to combat global warming?

Billy from Las Vegas, Nevada writes:
Too weird for me, Jack. Who on your staff comes up with these off the wall questions? Sorry but I'm not giving up my tomato based foods like Pizza and Pasta sauce. In fact, I would like to throw a tomato and other produce at whoever produced this question.

Charlie from Belen, New Mexico writes:
Thank You Jack for this information. You have started my day with a smile. I knew that changing my diet could affect my health, but I never realized that so many supposedly intelligent people could spend so much time and resources researching cow burps.

Mark from New Jersey writes:
When I haven't seen a Hummer, or any SUV, come to think of it, on the roads for 2 months straight, I'll consider it.

Alex from Connecticut writes:
This sounds like something from the New York Post, not the London Times! I shouldn't even have to say it but anyways: please! That's just taking the whole thing way too far.

Ben writes:
I’m all for eating right but lambs, cows, tomatoes, and potatoes were around for a long time before the industrial revolution and the planet was doing just fine then. The burning of coal and oil is the problem, not my dinner plate.

Erin from California writes:
I don't have a problem giving up lamb or meat but shoot, we just planted 62 tomato plants in the vegetable garden! We thought that was a good thing.

Melissa from Raleigh, North Carolina writes:
Should we talk about beer and refried beans while we're at it?

Joe from St. Louis, Missouri writes:
This study could help me with an issue with my ill mannered boss. Thanks for the info.