Washington is cracking down on the credit card industry. With the Senate and House both voting overwhelmingly to cut down on rate increases and excessive fees, President Obama is expected to sign the bill soon. 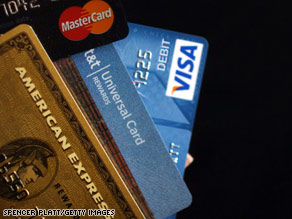 Some of the new restrictions:

– Lenders have to post their credit card agreements online and let customers pay their bills on the internet or by phone without an added fee.

– Customers have to be more than 60 days behind on a payment before seeing a rate increase; and even then, the company has to go back to the lower interest rate after six months if the customer pays the minimum balance on time.

– Consumers get 45 days' notice and an explanation before rates go up.

– Before getting a card, customers under 21 have to prove they can repay the money or that a parent or guardian could pay off the debt.

Missing from the bill is any kind of cap on interest rates.

Meanwhile since credit card companies probably won't be able to make as much money off customers with bad credit, they might turn their attention to people with good credit. Some suggest that for years, consumers who pay their bills on time and in full have been getting a good deal - frequent flier miles, cash-back rewards and other perks.

But those days may soon be over as banks are expected to consider bringing back annual fees, cutting back on rewards programs and charging interest immediately instead of giving a grace period.

Here’s my question to you: Should credit card companies target customers with good credit?

END_OF_DOCUMENT_TOKEN_TO_BE_REPLACED

Why won't Democrats give president money to close Gitmo?

President Obama is facing resistance from his own party when it comes to plans to close down the Guantanamo Bay military prison in Cuba. Senate Democrats say they won't provide the $80 million requested to shut down the facility until the administration comes up with a plan for transferring the detainees. 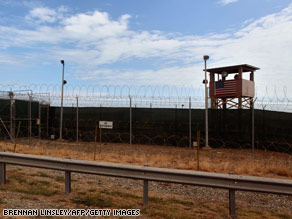 A guard tower and gate are pictured at the Guantanamo detention center at the U.S. Naval Base, in Guantanamo Bay, Cuba.

That money will be stripped from a supplemental war bill and instead replaced with language that says no money can be used to transfer detainees from Gitmo to the U.S. - and no additional money will be approved until 60 days after Mr. Obama submits his plan to Congress.

This is similar language to what's in the House bill, and it's a big blow to the president, who right after he took office, announced he would close the base by next January.

You can bet politics is behind all this.The Republicans have been hammering away that it would be a reckless move to shut the prison down before deciding what to do with the terror suspects. They've released statements saying things like: "Meet your new neighbor, Khalid Sheik Mohammad?" And House Republicans introduced a bill called the Keep Terrorists Out of America Act.

Meanwhile the Pentagon says there's nothing to indicate that the deadline to close Gitmo by January is at all in jeopardy; and just today a top Pentagon official said members of Congress have to rethink their opposition to allowing detainees into the U.S. She says closing the prison in Cuba will mean hard choices for everyone.

Here’s my question to you: What does it mean that the president's own party won't give him the money to close the Guantanamo Bay prison?

END_OF_DOCUMENT_TOKEN_TO_BE_REPLACED

What would it mean if California went bankrupt? 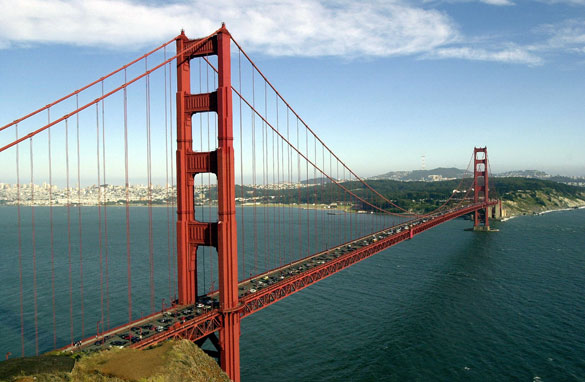 California has some serious money troubles.

Voters have rejected five out of six propositions that were meant to pull the state out of a deepening budget crisis. The measures were a combination of spending reforms, higher taxes, and changes in borrowing and funding. The only proposal that passed would prohibit pay raises for lawmakers during deficit years.

With the failure of these proposals, it's now estimated California's budget deficit could balloon from about $15 billion to more than $21 billion.

Governor Arnold Schwarzenegger had said if these measures failed, he'd have to make drastic cuts... This could include shortening the school year by a week and a half, cutting tens of thousands of education jobs, eliminating health insurance for 250,000 needy children, laying off 1,700 firefighters, withholding $2 billion from local governments - which could mean cuts in police forces and other services - and freeing almost 40,000 inmates from San Quentin prison.

The results of yesterday's special election mark a new low for the Republican Schwarzenegger, who had promised to restore fiscal stability to the state.

Meanwhile the three major credit rating companies reduced the grade on around $60 billion of California's bonds to the lowest rating of any U.S. state. There's no question the recession and record budget deficits are causing critical damage to California's economy - which would be the world's eighth largest if it were a separate country.

Here’s my question to you: What would it mean if California went bankrupt?