Gas prices are up almost 10 percent in the last two weeks, and have hit a six month high. AAA says the national average is now $2.25 a gallon for unleaded regular, up $0.20 from two weeks ago. One of the main reasons gas prices are going up is because of rising crude oil prices, which closed at their highest level of the year on Friday. 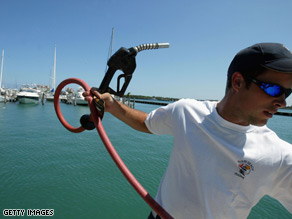 Will the price of gas keep you from doing what you really want to do this summer?

The good news is analysts say it's unlikely that prices will climb as high as they did last summer, when most people were shelling out $4.00 a gallon. In fact, while prices are going up now, they're still nearly 50 percent lower than the record high set last July.

Also it's typical to see prices increase ahead of Memorial Day weekend - the unofficial start to summer, when more Americans start hitting the road. But AAA says they'd be surprised to see prices reach $3.50 a gallon this summer unless there's an unexpected supply disruption - something like a hurricane.

The slumping economy is also expected to keep prices lower. That's because income is the biggest factor determining how much people drive; and with unemployment at 8.9 percent, it seems more likely that people will stay close to home to save on the gas bill.

Here's my question to you: How will rising gas prices and the recession impact your summer vacation plans?

END_OF_DOCUMENT_TOKEN_TO_BE_REPLACED 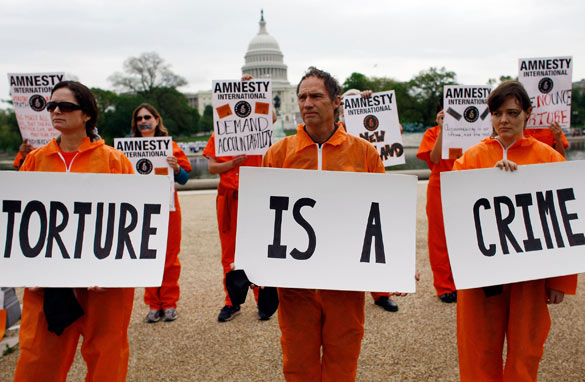 Amnesty International activists protest near the U.S. Capitol. They are calling for an independent investigation into alleged human rights abuses by the Bush administration. (PHOTO CREDIT: GETTY IMAGES)

Democrats are plowing ahead with hearings into the so-called Bush torture memos - even if the White House isn't on board.

A Senate Judiciary subcommittee will hold a public hearing tomorrow to be followed by House hearings. The committee chair says it will focus on legal issues such as the conduct of Justice Department lawyers who wrote or approved memos justifying harsh techniques like waterboarding. This is separate from the investigation being done by the Senate Intelligence Committee.

The White House isn't commenting on tomorrow's hearing, but has previously indicated that the president prefers the investigation already underway in the Senate Intelligence Committee. That inquiry is going on behind closed doors and with classified information; so it's unclear how much of it will ever be made public.

Meanwhile House Speaker Nancy Pelosi continues to change her story about what she knew and when she knew it. Politico reports a Pelosi aide was briefed along with Congresswoman Jane Harman in February 2003 on the specific techniques that had been used on al Qaeda leader Abu Zubaydah - including waterboarding.

At that time, Harman wrote to the CIA expressing her "profound" concerns with the tactic. Pelosi apparently told her aide to tell Harman she agreed with the letter, but she didn't sign it.

Last week, Pelosi said she was briefed only once in 2002; and was only told the Bush administration was considering using certain techniques in the future.

Here’s my question to you: Should Democrats hold hearings into the Bush interrogation memos even if the White House disagrees?

END_OF_DOCUMENT_TOKEN_TO_BE_REPLACED

Do you trust health care groups to voluntarily save $2 trillion?

The health insurance, drug and hospital industries are promising they can save $2 trillion over the next 10 years to reduce the cost of health care for millions of Americans. Some steps they will take include: Cutting excess administrative costs, making sure patients take the proper medicine, and greater collaboration among providers. 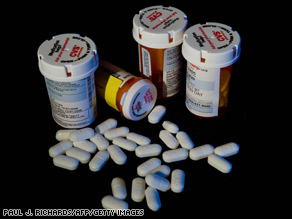 President Obama calls this agreement to work toward affordable and high-quality health care a watershed event; and some experts say it's unprecedented that the president has been able to keep these interest groups at the table. Especially when you consider some of these groups are the very ones that derailed previous attempts at reform.

One health economist who worked on Clinton's failed attempt tells the Los Angeles Times that things are different this time. He says in the 1990s, the mood was negative and skeptical; whereas now there's a real sense of momentum and people don't want to give up.

But some people are not convinced about the commitment of these industries. They say the groups aren't offering enough details on how they will contain rising health care expenses.

Others aren't sure how long the cooperation will last once the president and Congress start asking specific groups to make specific cuts. So far this is all voluntary and there is nothing binding on any of these groups to force any sort of compliance.

In fact, the skeptics think that some industry leaders are only staying at the table... because they're afraid if they leave, lawmakers will punish them.

Here’s my question to you: How much do you trust health care groups to voluntarily save $2 trillion over the next decade?