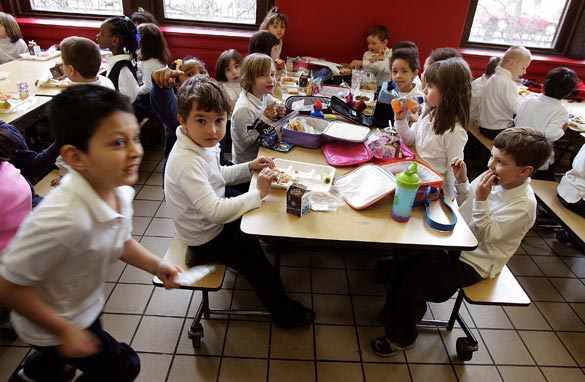 As the recession forces states to slash education funding, more school districts are considering cutting the school week down to four days as a way to save money.

But that might change... some districts are now tossing around the idea to serve more suburban or urban areas, including suburbs of Denver, Colorado; Portland, Oregon, and even the country's fifth largest school system in Florida's Broward County.

Usually schools that go to four day weeks extend their hours 60 to 90 minutes per day. Experts say there's no proof as to whether the shorter week helps or hurts students.

But some worry that especially younger students will lose focus with a longer day. And many parents don't like the idea because it means they would have to find another child care option for that extra day. This is why schools are also considering other options - like ending sports, mandatory furloughs for employees and renegotiating union contracts.

Also, when you consider the below-average results that many U.S. schools are already turning out each year, it seems like less time in school is hardly the answer.

But education spending makes up the biggest share of states' budgets. Nationwide, the 50 states face a combined 350 billion dollar shortfall over the next 3 years. They are also planning to eliminate close to 600,000 jobs.

Here’s my question to you: In light of reduced education budgets, is a four-day school week a good idea?

END_OF_DOCUMENT_TOKEN_TO_BE_REPLACED

Best place to put your $ these days?

For those Americans who have a few extra dollars to put away, savings accounts and real estate seem to be the long-term investments of choice these days. A new Gallup poll shows 34 percent of those surveyed see savings accounts as the best option - 33 percent say real estate. 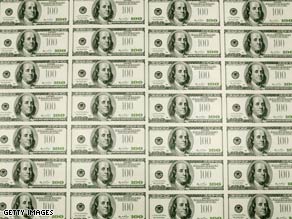 Since the height of the financial crisis last September, savings accounts - which usually offer little in the way of returns - have ranked first in this poll. Before then, savings accounts ranked no better than third among the four options.

More people see housing as a good investment now than they did last September. A separate poll question found 71 percent think now is a good time to buy a house; the highest since 2005.

Meanwhile stocks may rate near the bottom of this poll, but the markets have been on a tear since early March, with the Dow and S&P 500 both up for eight of the last nine weeks. The Nasdaq has posted gains for all nine weeks.

As one financial adviser puts it: "The glass is being seen as partly full instead of empty, even when we have bad news. As the run continues, people become fearful of missing the train."

Here’s my question to you: Where is the best place to put your money these days?

END_OF_DOCUMENT_TOKEN_TO_BE_REPLACED

How can Pres. Obama succeed at Mideast peace where others have failed?

President Obama may not have much time to help broker a peace deal in the Middle East. King Abdullah of Jordan tells the London Times that Mr. Obama's meeting next week with Israeli Prime Minister Benjamin Netanyahu has become the acid test for the administration's commitment to peace. 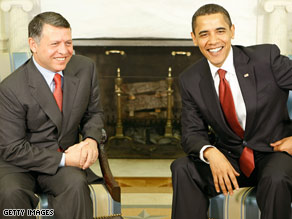 Jordan's King Abdullah II met with Pres. Obama last month. King Abdullah is the first Arab leader to visit Obama in the Oval Office. He used the opportunity to push the U.S. to revive Israeli-Palestinian talks.

King Abdullah says all eyes will be on Washington; and if there are no signs of progress, the Arab world will feel like yet another American government has let them down. He suggests that overnight, President Obama could lose the "tremendous credibility" he's built up in the Arab world.

And that would be a shame because Mr. Obama has a pretty impressive level of support over there. A new Ipsos survey polled 7,000 adults in Saudi Arabia, the United Arab Emirates, Kuwait, Lebanon, Egypt and Jordan. The poll shows President Obama gets a 48 percent favorable rating, running as high as 58 percent in Jordan. Only one in 10 residents across the region think the U.S. president will have a negative effect on their country.

Compare that to the U.S., which has a favorable rating of only 33 percent - and a negative rating of 43 percent.

President Obama is set to give a major speech to the Muslim world in Egypt next month; and perhaps his high approval ratings can help him get closer to a peace deal between Israel and the Palestinians.

But there's no question the stakes are high. King Abdullah says that If peace negotiations are delayed, there will be another conflict between Muslims and Israel in the next 12 to 18 months.

Here’s my question to you: When it comes to peace in the Middle East, how can President Obama succeed where other U.S. presidents have failed?