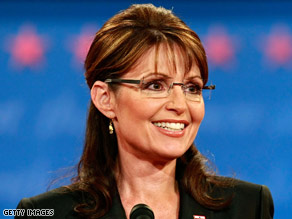 END_OF_DOCUMENT_TOKEN_TO_BE_REPLACED

As the Taliban keeps advancing, the situation in Pakistan is becoming more critical. Half a million people are expected to follow a government evacuation order and flee one region ahead of an expected military offensive. The Taliban claims they are in control of 90 percent of the Swat Valley about 60 miles from the capital of Islamabad. Pakistan's army started its assault on these militants about a week ago. 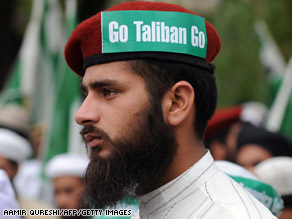 A Pakistani Islamist wears a cap bearing the slogan 'Go Taliban Go' during an anti-Taliban/anti-U.S. rally in Islamabad.

Meanwhile, some lawmakers want to triple non-military U.S. aid to Pakistan. A Senate bill would authorize 47.5 billion to Pakistan over the next five years to help boost economic growth and development; and another $7.5 billion for the five years after that. Never mind that the Bush administration gave billions and billions of dollars to Pervez Musharraf's government ostensibly to fight terrorism.

Senator John Kerry points out that an alarming percentage of Pakistanis now see the U.S. as a greater threat than al Qaeda; and there's little chance of ending the influence of these terrorist groups until we change that. That's what the additional non military aid would be used for.

President Obama - who is set to meet with the leaders of Pakistan and Afghanistan this week - has said he's gravely concerned about the situation there. Washington believes Pakistan's nuclear weapons are secure for now; but there is some concern that militants might try and seize them.

Here’s my question to you: In light of the increasing threat from the Taliban, should the U.S. triple non-military aid to Pakistan?

END_OF_DOCUMENT_TOKEN_TO_BE_REPLACED

How much money does it take to be "rich"? 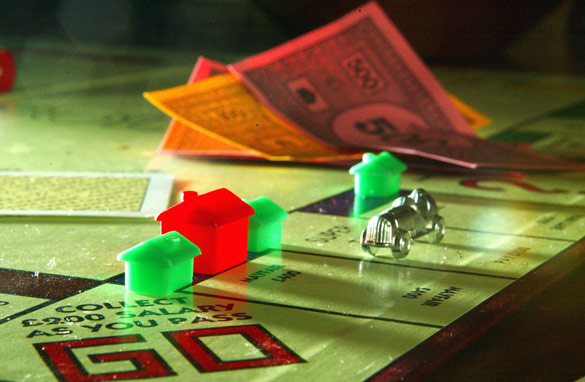 The powers-that-be are now duking it out over how much money you have to make to be considered "rich." And, this matters a lot, because as states and the federal government grapple with record deficits, they're planning to tax the wealthy more; and it pretty much all depends on what your definition of 'wealthy is.

Fortune Magazine reports on this debate in a piece called "The government's new definition of rich." President Obama draws the line at those making $250,000 a year; he wants to raise taxes on them, and others - like New York's Governor David Paterson - agree.

It turns out that only about 5 percent of U.S. households have annual incomes over $200,000 - but lots of people in this group probably don't see themselves as rich, especially if they live in a big city where the cost of living is higher.

And this group of upper middle class, or the so-called "working rich," actually pay more taxes proportionately than the super rich. They're also not as good at finding loopholes to avoid paying some taxes like the very rich are.

Meanwhile others have different definitions of rich. The Security and Exchange Commission tells financial companies that a high net-worth individual is someone with at least 750-thousand dollars put away in one place; or a person who the firm reasonably believes has a net worth over $1.5 million.

Here’s my question to you: How much money does it take to be "rich"?