Why have high schoolers made little progress in reading, math since '70s?

Despite the tens of billions of dollars the U.S. spends on education every year, high school students have not made any significant gains in reading or math for nearly 40 years. A new government report known as the "Nation's Report Card" shows results for 9, 13, and 17-year-olds dating back to the 1970s. 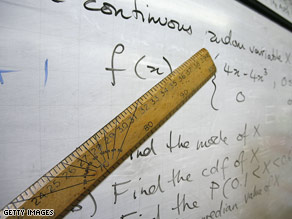 While the two younger groups have improved in those subjects over the years, scores for 17-year-olds have barely budged.

On reading tests, the high schoolers' scores have improved by exactly one point out of 500 points since 1971. They have "intermediate skills," and can make generalizations about what they've read. As for math, the scores have gone up by just two points since 1973. Students can perform "moderately complex procedures" like using decimals or fractions.

Colleges and businesses, not surprisingly, say many high school students just aren't up to snuff; that they earn diplomas without learning the necessary skills for life. As one education advocate puts it: "If high schools were cell phones, they'd be considered in a dead zone."

President Obama speaks about education being one of his administration's top priorities. This national report card suggests he doesn't have much time to waste.

The administration wants to make boosting high school graduation rates a key focus. They also want states to start using tougher common standards for both teaching and testing, instead of benchmarks that vary from state by state.

Here's my question to you: What does it say about the state of education if high schoolers have made little progress in reading and math since the 1970s?

How can Republican Party improve its image with voters? 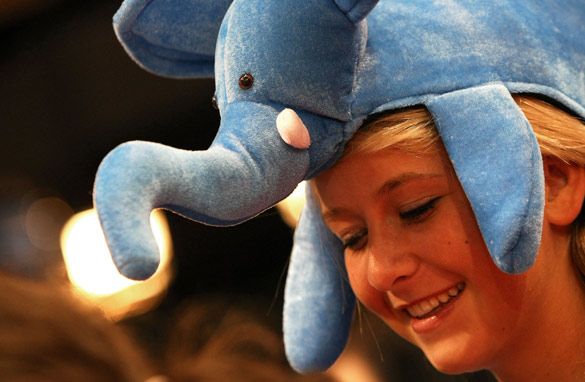 In an effort to counter President Obama's 100th day in office, Republicans are making a push to re-brand themselves as something other than "the party of no."

Some top party members are announcing a series of town hall-style meetings about their ideas for shaping the country. The group will operate outside of the Republican National Committee and will contrast their policy ideas with the Democrats'. So far - that's something that's been lacking.

Members of this "National Council for a New America" include Florida Governor Jeb Bush, Senator John McCain, Louisiana Governor Bobby Jindal and Former Massachusetts Governor Mitt Romney, among others - not exactly a crop of fresh faces.

The group says it's not a Republican-only forum and will seek to include more than just their ideas; they're calling on all Americans to participate in their policy debate. The Democratic National Committee is dismissing all this, calling it "more beltway PR gimmicks."

Meanwhile it's clear that Republicans need to do something to stop the bleeding. With only about one in four voters identifying themselves as Republicans these days, and a favorable rating of 39 percent, the Republican party is in serious trouble.

Some have even questioned the relevance of the Republican party - should the Democrats get the 60 vote filibuster proof majority in the Senate, while also controlling the House of Representatives and the White House?

Here’s my question to you: What does the Republican Party have to do to improve its image with voters?

END_OF_DOCUMENT_TOKEN_TO_BE_REPLACED

Has swine flu story been overblown?

Unless you've been hiding under a rock, you have been bombarded with news coverage of the swine flu for several days now. And when the World Health Organization raised its pandemic alert to the second highest level - of 5 - yesterday, the media couldn't get enough of it. After all, this stuff sells newspapers and gets ratings. But when you take a look at the numbers, it seems like the story might be overblown... 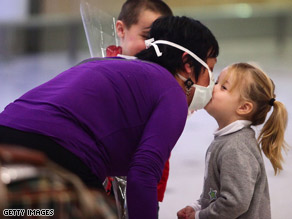 The WHO has confirmed 257 cases of swine flu worldwide. 97 cases in Mexico, with seven deaths. Mexican officials have reported much higher numbers - 2,500 cases and more than 150 deaths - but those numbers haven't been confirmed. In the U.S., the WHO says there are 109 confirmed cases with 1 death. Out of a population of more than 300 million people, that hardly seems to be cause for alarm.

And scientists who are studying the virus say this strain of influenza doesn't look as deadly as strains that have caused previous pandemics. In fact, some suggest that the current form of the swine flu virus may not even do as much damage as the regular flu.

More than 13,000 people in the U.S. have died of complications from seasonal flu since January; and it's expected to continue killing hundreds of people a week. In total, about 36,000 people a year die from the flu in this country; and worldwide, the annual death toll is somewhere between 250,000 and 500,000.

One scientist tells the Los Angeles Times that just because the swine flu is being identified in more countries doesn't mean it's spreading especially quickly, saying: "You don't ever find anything that you don't look for."

Here’s my question to you: Has the swine flu story been overblown?