Should 17-year-olds get "morning-after" pill without prescription?

17-year-old girls will soon be able to buy the so-called morning-after pill without a doctor's prescription - and for that matter without their parents' knowledge or permission. The emergency contraceptive is currently available to women 18 and older, but the FDA says it will soon be available to 17-year-olds as well. 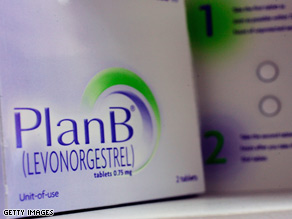 Plan B, also called the morning-after pill, is intended to prevent pregnancy after unprotected sex.

The agency decided to accept a recent ruling from a federal judge that lifts Bush-era restrictions limiting over-the-counter sales of Plan B to women. The judge also directed the FDA to determine whether all age restrictions should be lifted.

Plan B - or the morning after pill - is emergency contraception that contains a high dose of birth control drugs. It's a series of two pills; and if taken within 72 hours of unprotected sex, can reduce the chances of a pregnancy by almost 90 percent.

Women's groups say the decision is long overdue; and "a strong statement to American women that their health comes before politics." Supporters also say the pill is safe and effective and could help reduce the number of abortions and unwanted pregnancies.

But critics - many of them conservatives - say parents should be furious at this decision as it steps on their rights. Some also say the drug - which they liken to an abortion pill - will encourage promiscuity.

The debate over the morning-after pill has been going on for years. Critics of the FDA say the agency has refused to listen to scientists who have recommended that the drug be made available with no restrictions.

Here's my question to you: Should 17-year-olds be able to get the "morning-after" pill without a doctor's prescription?

END_OF_DOCUMENT_TOKEN_TO_BE_REPLACED 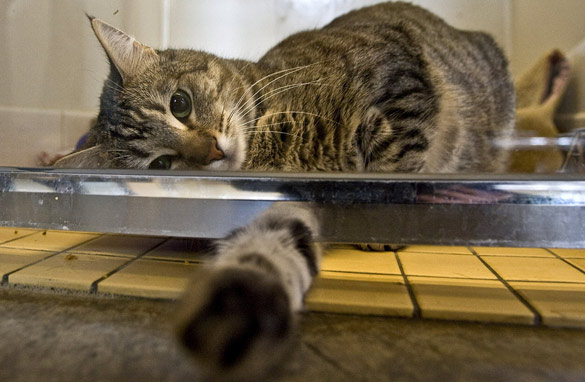 Lola the cat reaches under her enclosure at the Sacramento SPCA. Lola was surrendered to the shelter back in February when her owner’s home was foreclosed upon. (PHOTO CREDIT: David Paul Morris/AFP/GETTY IMAGES)

With all the stories about the bad economy, here's something you probably haven't heard about:

The Detroit News reports an unprecedented number of abandoned cats and dogs being left behind in foreclosed homes, in dumpsters and in parking lots all around the city. Meanwhile more people who bring their pets to shelters are saying they've lost their jobs and can't afford to care for them. Or, after losing their homes, they're moving to apartments that don't allow pets.

And it's not just Michigan. The American Humane Association estimates that with 8,000 houses going into foreclosure every day, between 15,000 and 26,000 animals are in danger of losing their homes daily.

A recent national survey by petfinder.com finds that 84 percent of shelters and rescue groups are caring for more pets because of the economy; and as you might expect, 37 percent of them report seeing a decrease in pet adoptions in the last year.

Some shelters are trying to help people keep their pets by creating pet food assistance programs. There are groups donating pet food to seniors - some of whom had been feeding delivered meals meant for them to their pets.

Animal groups encourage people who have lost their homes to take time to plan for their pet; to try and find an apartment that will accept animals and not just leave them behind to fend for themselves. They can't.

Here’s my question to you: In light of the recession, what can be done about the growing number of abandoned pets?

END_OF_DOCUMENT_TOKEN_TO_BE_REPLACED

Does anybody care what Dick Cheney thinks anymore?

Dick Cheney is at it again. This time the former vice president is criticizing Pres. Barack Obama on the economy. Cheney tells the F-word network that the president's expansion of the federal government into the financial sector is likely to have "devastating" long-term effects. 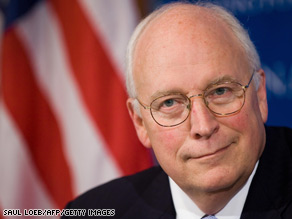 He says he's "very concerned" about where the Obama administration is taking the country economically. Cheney adds that there doesn't seem to be any kind of limits on spending - this coming from a member of the administration that more than doubled the national debt in eight years and gave $700 billion to Wall Street with virtually no questions asked.

Cheney said beyond growing deficits, he questions if the White House is redefining the relationship between government and the private sector. These comments are just the latest in a string of criticism aimed at the sitting president.

Cheney has previously questioned Mr. Obama's national security policies, saying the president is increasing the risk of another terror attack. And he's also been very vocal in the debate over those Bush era interrogation memos.

Obama aides say the former vice president is out of line in his role as an elder statesman; but Cheney disputes that, saying he hasn't been personal in his criticisms and he thinks these issues are too important not to speak out.

Note to the former vice president: you and your friends had eight years to run the country... and lots of people think you botched it up pretty good. Now it's President Obama's turn.

Here’s my question to you: Does anybody care what Dick Cheney thinks anymore?