Why does Palin make people reach for their wallets?

She's been mostly out of the national spotlight since John McCain lost in November; but Sarah Palin was back in a big way last night. The Alaska Governor spoke to a sold out crowd of 3,000 at a Right to Life fundraising dinner in Indiana. 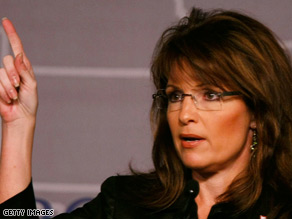 Organizers even set up a paid closed-circuit broadcast at an auditorium and officials had to close down streets nearby. People taking pictures and seeking autographs mobbed Palin.

At the dinner, the Republican governor criticized President Obama's position on abortion and embryonic stem cell research. Palin surprisingly told the crowd that when she learned she was a pregnant with a Down Syndrome baby, she "just for a fleeting moment" considered getting an abortion.

Politico reports that even though Palin hasn't been doing a lot of fundraising - that hasn't stopped many from using her name, her image. etc. to raise some big bucks, often without her approval.

Groups on both sides of the abortion issue, environmental groups and political committees from both parties have gotten in on the act.
Politico describes her as "an almost unparalleled fund raising force."

Meanwhile Palin's big appearance in Indiana came at the end of a rough week for the Governor back in Alaska. Her controversial nominee for state attorney general was rejected by the Republican-controlled legislature after damaging confirmation hearings. As it turns out - Wayne Ross had previously defended a KKK statute, characterized gays as "degenerates," and in 1991 reportedly said, "If a guy can't rape his wife, who's he gonna rape?" Ross denies he said it.

The legislature also made clear it won't accept Palin's effort to turn down more than $400 million in federal stimulus money.

Here’s my question to you: What is it about Sarah Palin that makes people reach for their wallets?

END_OF_DOCUMENT_TOKEN_TO_BE_REPLACED 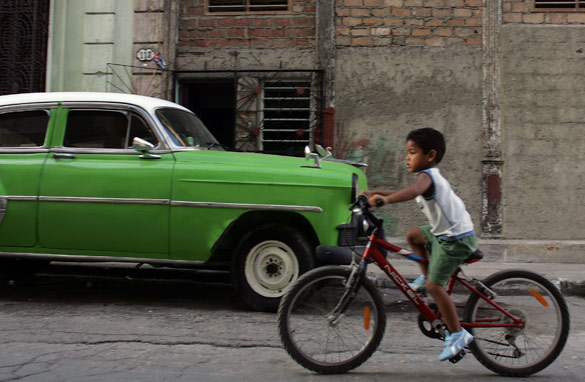 President Obama is being criticized for his decision to release those Bush-era memos about CIA interrogation techniques. Conservatives say releasing them damages our national security by telling the terrorists what we do. 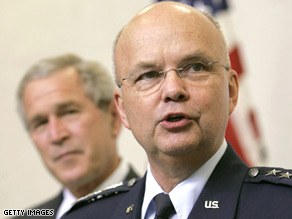 Michael Hayden - who led the CIA under President Bush - says CIA officers will now be more timid and our allies will be less likely to share sensitive intelligence. Human rights groups aren't happy that the president promised the CIA that officers who conducted interrogations won't be prosecuted if they used techniques that were authorized at the time.

The president insists there's nothing to gain by "spending our time and energy laying blame for the past." President Obama spent a month deciding whether or not to release the memos and consulted numerous officials. He reportedly weighed the "sanctity of covert operations" and what impact this could have on national security against the law and his belief in transparency. In the end transparency won.

The documents themselves are quite revealing... They show the CIA used waterboarding, sleep deprivation, slapping, keeping detainees naked and in some cases in a diaper, putting detainees on a liquid diet, and using a plastic neck collar to slam detainees into walls. The memos also authorized keeping suspected al Qaeda leader Abu Zubaydah, who was apparently afraid of bugs, in a dark, confined space - and then putting a harmless insect in the box with him, while telling him it's a stinging insect.

President Obama banned the use of so-called enhanced interrogation techniques - what some call torture - soon after he took office; and has pledged to make sure the actions described in these memos "never take place again."

Here’s my question to you: Is the release of the Bush era interrogation memos a mistake?