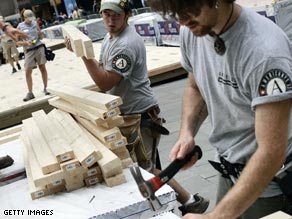 END_OF_DOCUMENT_TOKEN_TO_BE_REPLACED

As states try to deal with their own massive deficits, many are turning to higher taxes on the rich as the answer. A proposal here in New York would follow in the steps of California and Maryland in pushing the wealthiest into higher tax brackets - several percentage points above most workers. 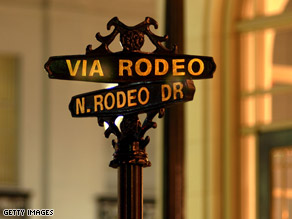 New Jersey is considering raising its highest bracket to more that 10 percent from the current five-plus percent. And Wisconsin and Delaware are also considering higher tax brackets.

The head of one political group that supports the higher taxes tells the Wall Street Journal, "Most people are treading water. Others are drowning. That gave politicians the courage to say the rich have to pay their fair share."

But critics say the higher taxes wouldn't only affect those in the financial industry. They say small-business owners are concerned, since a lot of them report their business earnings on their personal income-tax returns.

And the libertarian Cato Institute found that higher taxes hurt economic growth, and the places that imposed an income tax to generate revenue ended up with poorer growth rates than places that used other kinds of taxes.

Meanwhile - where is the talk in these states of cutting spending, firing government workers, consolidating services, etc.? It's practically nowhere to be seen. The plans seem to be mostly tax wealthy people more and more and leave the government bureaucracy as it is. Morons.

Here’s my question to you: Is raising taxes on the highest earners the best way for states to deal with their deficits?

END_OF_DOCUMENT_TOKEN_TO_BE_REPLACED

What if GM or Chrysler go bankrupt? 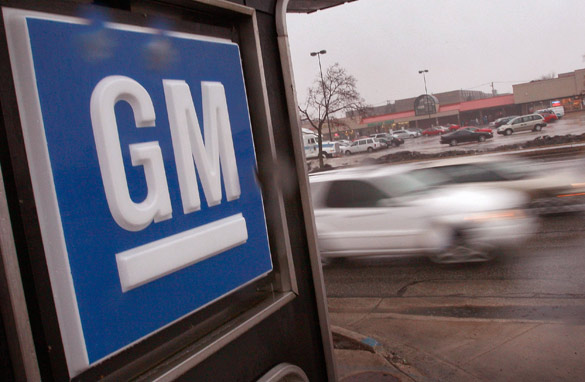 With President Obama's tough talk for General Motors and Chrysler, a bankruptcy of one or both is now a distinct possibility these days.

If it happens, the ripple effect on the U.S. economy would be serious. Everyone from car owners to dealers, autoworkers, suppliers, lenders - and yes, the American taxpayer would be affected.

The government insists it will stand behind the warranties for new GM and Chrysler cars; but that won't help someone trying to sell a discontinued model. And if either company goes out of business, it could create a shortage of new cars; which would mean it could cost a lot more to buy one.

For Dealerships, bankruptcy could create a problem getting financing to buy the cars they hold in inventory. The government might have to step in here too, forcing taxpayers to dig deeper.

Suppliers could also be in trouble. Only those suppliers which a court determines to be "critical vendors" could get back money. As for investors - forget it. In the case of GM, the shares would become pretty much worthless.

Finally it's possible bankruptcy would cost more than the $21.6 billion the car companies are asking for to stay out of bankruptcy.

Not a pretty situation however you slice it.

Here’s my question to you: What would it mean if General Motors or Chrysler or both go bankrupt?