What's the dollar worth? 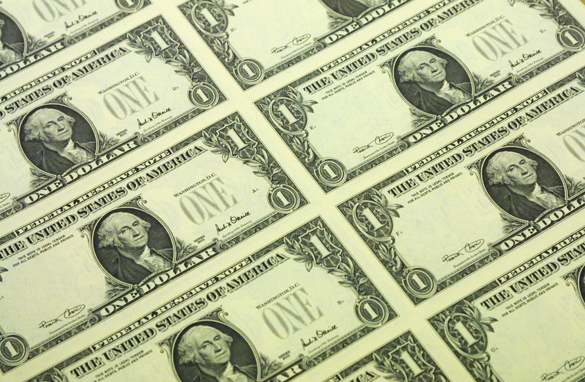 First came Russia - and now China. The Chinese Central Bank wants to dump the dollar as the international reserve currency... and replace it with a new global system controlled by the International Monetary Fund. China says the goal is to create a reserve currency "that is disconnected from individual nations and is able to remain stable in the long run." Translation: Beijing is worried that actions being taken to save America's slumping economy will wind up hurting them.

It's also another sign that the Chinese are becoming increasingly concerned about holding more than $1 trillion of our debt. However, China did make a separate announcement yesterday that it would continue buying U.S. Treasuries. China wants a basket of currencies based on the value of the dollar, yen, euro and sterling. After Russia initially proposed the idea of replacing the dollar - it said China along with other emerging nations were on board. Also, A UN panel of experts is looking at increasing the use of a new international currency.

Most analysts don't think the dollar will be replaced as the world's leading foreign exchange reserve in the near future; but it may be a sign that China is flexing its muscle. The timing is also interesting; just a week before the G20 summit of the world's largest economies in London.

Here’s my question to you: What's the dollar really worth these days?

END_OF_DOCUMENT_TOKEN_TO_BE_REPLACED

More optimistic about economy these days?

With the first few days of spring, there seems to be some sparks of hope on the economic front. A new Gallup poll shows optimism about the economy is at a 20 month high. Although it's still relatively low - with only 27 percent of Americans saying the economy is getting better, and 67 percent saying it's getting worse - that's better than anything we've seen since July 2007. The groups with the biggest increase in optimism include Republicans and people making $90,000 or more. 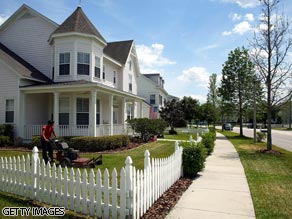 Another silver lining the last few weeks has been the stock market. The Dow was up almost 500 points yesterday, and the S&P 500 is coming off its biggest two week gain since 1938. One investor tells Bloomberg News that a new bull market has begun, and "you have to be careful not to miss the opportunity." Another strategist calls it a "helluva rally."

There's more: Existing home sales showed an unexpected increase in February; seen by some as a sign that the real estate market may be bottoming. The average price was down more than 15 percent from the year before - but economists are hopeful the bargain hunters will start to be lured in.

If the housing market bottoms out and the Treasury plan to get credit flowing at major banks again works, we might start to see the beginning of something good. That would mean small businesses could get loans. Mortgages would become more available and maybe Americans who had been holding off will finally walk into that car dealership and plunk down a few dollars for a new ride.

Here’s my question to you: Are you feeling more optimistic about the economy these days?

END_OF_DOCUMENT_TOKEN_TO_BE_REPLACED

The economy will no doubt be issue number one when President Obama holds his second primetime news conference tonight. It's been only six weeks since his first primetime newser - but a very busy six weeks it's been. In that time, the president signed the $787 billion stimulus bill into law, put out his $3.6 trillion budget, started facing outrage over the AIG bonuses, and announced plans to bring troops home from Iraq in 19 months and redeploy 17,000 troops to Afghanistan among other things. 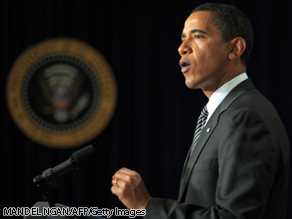 With Mr. Obama's approval ratings holding steady, one Democratic pollster tells NBC news, "The American public is rooting for him. They want him to succeed. But against that, they want answers."

So what do they want answered? Expect more on AIG; including maybe what the president thinks about the House's legislation to tax bonuses at 90 percent. By the way, that's going nowhere. Also on the economy - Pres. Obama will likely face questions on the latest Treasury plan to help buy as much as 1 trillion dollars in toxic assets from banks to help get credit flowing again - a plan that Wall Street seemed to like. Witness the 500 point rally yesterday.

And, as the president gets ready for his first big overseas trip next week - including stops in London, Prague and Istanbul - he might be asked about international issues, which have largely been on the back burner due to the economic meltdown at home. Look for questions about his televised message to Iranians on their new year or his plans to call on NATO to do more in Afghanistan.

Here’s my question to you: What would you ask President Obama at tonight’s news conference?

END_OF_DOCUMENT_TOKEN_TO_BE_REPLACED

Time for another tea party?

There is a chill wind blowing across this land of ours. People are losing faith in their ability to realize the American dream. While AIG pays out $165 million in bonuses to people who arguably contributed to the need for the federal government to hand them $170 billion of our money, and while politicians lie about who crafted the language that allowed this kind of stuff to happen (Are you listening Chris Dodd?), the average American is seeing his future disintegrate in front of his eyes.

Here are some numbers that suggest we are losing hope:

A CNN-Opinion Research Corp. poll shows 39 percent of those surveyed say they're very confident they'll be able to keep up their quality of life. That's down from 45 percent a year ago.

Fifty percent of homeowners with a mortgage say they're very confident they can keep making their house payments. Again, that's down from 58 percent a year ago.

Also down are the percentages of Americans who are confident they can pay their other debts, things like credit cards and car loans.

When it comes to saving for long-term goals, it's even worse.