President Obama's budget could bankrupt the U.S.; so says Republican Judd Gregg. The New Hampshire senator, who was almost a cabinet member, says if we maintain the proposals in the budget over a 10 year period, the country will go bankrupt. 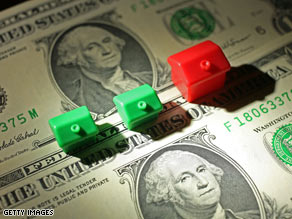 Pres. Obama's budget will reportedly produce $9.3 trillion in deficits over the next decade.

"People will not buy our debt, our dollar will become devalued. It is a very severe situation," said Gregg, who's known as one of the top fiscal minds on Capitol Hill, calls the planned spending "almost unconscionable."

A report by the Congressional Budget Office shows President Obama's budget would produce $9.3 trillion in deficits over the next decade. That's more than four times the deficits of President Bush; and it's $2.3 trillion worse than what the Obama administration had predicted.

And Gregg's not the only one - Republican Senator Susan Collins, who was one of the few in her party to work with Democrats on the stimulus bill, says the planned deficit spending "poses a threat to the basic health of our economy." And Democratic Senator Kent Conrad calls the projected deficits "a stunning amount of money," and says the administration will need to make some adjustments.

But the head of President Obama's Council of Economic Advisers, Christina Romer, is not backing down from the budget proposals - saying the estimates by the Congressional Budget Office may not be accurate.

Here's my question to you: Will President Obama's budget bankrupt the country?

Arielle writes:
The budget is scary to be sure, and I don't know what effect it will have on our economy. Yes, other countries may see us as weak. The question is: What other options do we have? When you are about to be homeless, but someone is willing to give you a loan (putting you in debt, but saving your life), you take it!

James writes:
No, of course not! We carried a bigger debt load during WW2, and that turned out just fine. We helped Great Britain get back on its feet, we rebuilt Europe, we turned Japan into a modern country, we sent gazillions of GIs to college, and helped them to buy homes. WOW! Did that cost money!Then we entered into an era of prosperity like the world had never seen. I was a child during the war, but I remember that time well. Life was really good.

Suzanne from Cripple Creek, Colorado writes:
The country's already bankrupt! Give him a chance! I don't think he can do more damage than the Republicans and Democrats in Congress have done, merrily, the past decade or four.

Lori from Thorp, Wisconsin writes:
Absolutely! The ferocious spending taking place is literally making me sick to my stomach. When I look at my grandson and think of the debt we are throwing on his shoulders, I feel ill. This needs to be stopped.

Allen from Georgia writes:
If we go bankrupt, it won't be because of Obama's budgets. President Obama started his presidency with the country nearly $11 trillion in debt. That figure alone could bankrupt the country if drastic actions are not initiated and followed up. This is what the president and his advisers are trying to do.

Rich writes:
Jack, there's a saying: The economy, as is, is bankrupt already. Those crying out loud were laughing their way through a couple of years back. Sometimes when you have a clogged drainage system, you need an excessive amount of water to get the system working effectively again. That’s precisely what the president is doing.