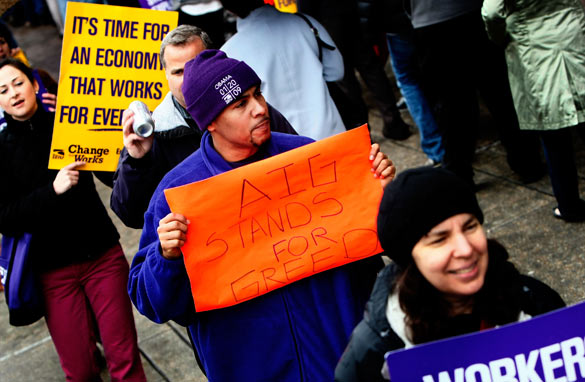 Critics of the administration are now armed with new ammo in the form of public outrage that they can use to block Mr. Obama's efforts - particularly when it comes to his economic agenda - like the budget.

Republicans keep hammering away that Treasury Secretary Geithner and the White House should have known about the $165 million in bonuses sooner - and acted quicker. They're also using the AIG scandal to show why Congress shouldn't pass any more bailouts.

One Republican strategist tells Bloomberg News, "The real target for the Republicans is to bring Obama back down to earth." You can bet they'll be watching his poll numbers.

Also, all the time spent debating and passing new legislation on bonuses, holding hearings on AIG, etc. is time taken away from other issues on Mr. Obama's agenda - health care, education, you name it...

And the president isn't the only politician who may be affected by the AIG saga. In a story that broke right here on CNN: Democratic Senator Chris Dodd initially denied that he had anything to do with adding language to the stimulus bill that protected bonuses at companies getting bailout money.

24 hours later, the senator changed his tune, admitting he was responsible. Chris Dodd lied; and the voters in Connecticut probably won't forget it next time he's up for re-election.

Here’s my question to you: How much damage will the AIG bonuses do to President Obama's agenda?