Whom do you trust on economy?

There's a big philosophical divide when it comes to whom Americans trust to right our economic ship. 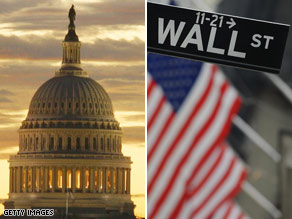 Economy: Who do you trust?

A new Gallup poll shows 64 percent of Republicans say they place more trust in businesses while 72 percent of Democrats say they trust the government more to fix the nation's economic problems. Independents are pretty much split down the middle.

This huge partisan divide when it comes to how Americans view the role of government comes at a time when the new administration is taking massive action to try to solve the banking and housing crises, the credit crisis, rising unemployment and on and on.

So far President Barack Obama continues to receive strong backing from the public; although some of his economic plans are not as popular as he is. On the other hand, Wall Street has been less than pleased with many of the administration's moves to rescue the economy.

Here’s my question to you: When it comes to the economy, whom do you trust?

END_OF_DOCUMENT_TOKEN_TO_BE_REPLACED

Will recession make you vote out incumbents?

As the recession drags on, there's a real possibility that the sagging economy could spell trouble for incumbent politicians. Take New Jersey, for example: 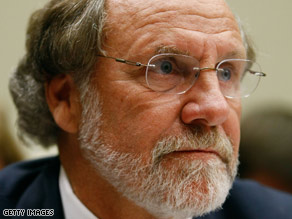 A Quinnipiac University poll of registered voters shows Democratic Governor Jon Corzine - who is up for re-election in November - trailing his likely Republican challenger Chris Christie by nine points in a hypothetical match up.

That's up from a six-point margin last month; and Corzine is behind despite the fact that 61 percent of those surveyed say they don't even know enough about Christie.

Half of all voters disapprove of the job Corzine is doing; and 53 percent say he doesn't deserve to be re-elected. In this climate, it probably doesn't help Corzine that he has a Wall Street background.

And Corzine's not the only one. The Dallas Morning News writes that the recession could play a key role in next year's re-election campaign of Texas Governor Rick Perry, a Republican.

Perry has been very bullish on the economy, taking credit whenever things go well. With job losses expected to peak in Texas right around the primaries, Perry might have a lot of explaining to do.

As one expert puts it: "Bad economies are bad for incumbents. He can't claim he wasn't in office when the economy went bad. He's been there for a decade."

Here’s my question to you: Will the recession make you less likely to vote for incumbents?

END_OF_DOCUMENT_TOKEN_TO_BE_REPLACED 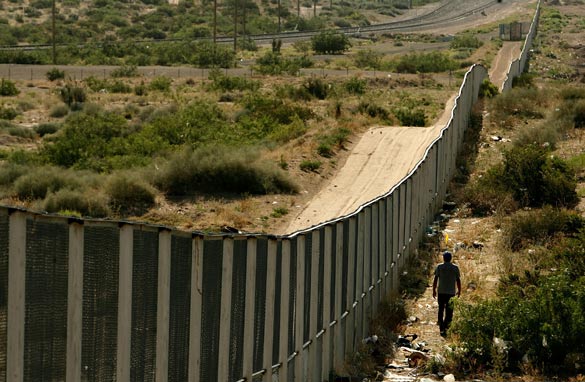 As drug-related violence escalates in Mexico there's been chatter this week about the possibility of sending U.S. troops to the border.

President Barack Obama says states, including Texas, have asked for National Guard troops to be deployed to the border; however the Pentagon says it hasn't received specific requests to do so. A Pentagon spokesman says the U.S. is already providing the Mexican government with five helicopters, a Marine surveillance vehicle and hand-held scanners. He adds that any troops that would be sent would only protect the U.S. side of the border, and that there are no talks of sending them into Mexico.

The chairman of the Joint Chiefs of Staff, Admiral Michael Mullen, went to Mexico last week and is highlighting the need to work more with Mexico's military. He says the violence is rising there because the government is taking on drug cartels more directly - and that this is an opportunity for the U.S. to cooperate.

Homeland Security Secretary Janet Napolitano says the U.S. will soon send a large contingent of federal agents to the border; among other things, they will step up car inspections.

Here’s my question to you: In light of increased drug-related violence in Mexico, should the U.S. send troops to the border?