How can U.S. reduce prison population? 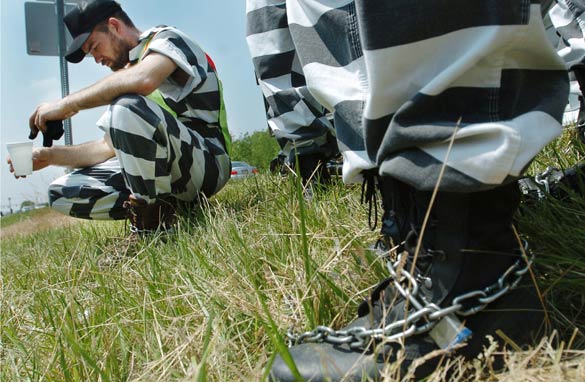 7.3 million people in the U.S. were in jail, prison, probation or parole in 2007. That translates to one in every 31 adults in this country in the corrections system. This is very, very expensive.

The Pew Center is out with a report showing that America's prison population skyrocketed in the last 25 years, increasing 274%. We now have the highest incarceration rate and the biggest prison population of any country in the world. But we're a long way from solving the crime problem, and with the economy getting dramatically worse, look for crime to go up even more.

The report also shows blacks are more likely than whites or Hispanics- and men are 5 times more likely than women- to be in the corrections system. Southern states have higher correctional rates than other parts of the country, with Georgia topping the list.

The Pew Center says that it's choices in state policy that lead to having more people in prison - and that Southern states choose to give out longer sentences and put more people behind bars.

Also, the record prison population is getting more and more expensive for taxpayers. At the state level spending on corrections systems ranks second only to Medicaid. One expert says prison costs 22 times more than community-based corrections and suggests that states focus on supervising people with technologies like ankle bracelets or GPS.

Here’s my question to you: What should be done to reduce America's prison population?

END_OF_DOCUMENT_TOKEN_TO_BE_REPLACED

Is Rush Limbaugh running the GOP?

Rush Limbaugh is the face of the Republican Party - at least that's how some Democrats want it. 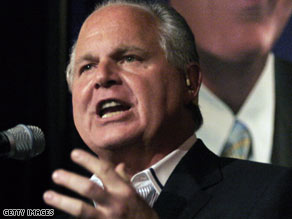 Does Rush Limbaugh run the GOP?

White House Chief of Staff Rahm Emanuel calls Limbaugh the "voice and intellectual force and energy" behind the GOP and Press Secretary Robert Gibbs says he's "a national spokesperson for conservative views." This after the radio host recently repeated his claim that he wants President Obama to fail.

It also comes at the same time as a dust-up within conservative ranks between Limbaugh and Michael Steele, chairman of the Republican National Committee. Over the weekend, Steele called Limbaugh an "entertainer" whose comments are "ugly."

Needless to say, Limbaugh has had a field day with all the finger-pointing, going after both the Democrats and Steele on his radio show. Limbaugh insists he's not in charge of the GOP and doesn't want to be. He says considering the sad state of the Republican Party, he would quit if he were chairman.

As for Steele, the radio host also suggests he appears to be supporting President Obama and Nancy Pelosi and that he is being used by the "liberal media."

Well, after Rush's millions of listeners heard that one, it took Steele about 3 minutes to backpedal, reaching out to the right-wing radio host to say he was sorry... that his words came out wrong, that he has enormous respect for Limbaugh... and that what he actually meant was that a lot of people want to make Limbaugh the "bogeyman" when he's not. Steele said today he has spoken with Limbaugh and quote "we are all good."

Here’s my question to you: Who's running the Republican Party, the RNC or Rush Limbaugh?

END_OF_DOCUMENT_TOKEN_TO_BE_REPLACED 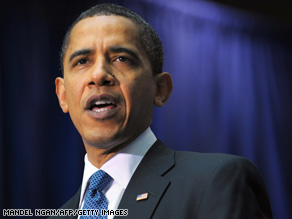 END_OF_DOCUMENT_TOKEN_TO_BE_REPLACED

My crush on Michelle Obama

I think I am developing a crush on America's first lady. Michelle Obama is more compelling than her husband. He's good, but she's utterly fascinating. 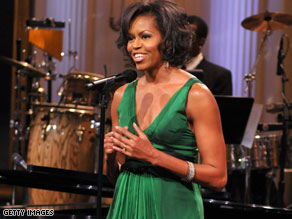 Jack finds the First Lady more compelling than her husband.

Mrs. Obama has blown away the stale air in a White House musty from eight years of the Bushes. It's like the sun came out and a fresh spring breeze began wafting through the open windows.

It's the people's house, and Michelle Obama totally gets it. So much so that she has taken to inviting people in from the streets to see her home. Nice touch - one completely lacking in her recent predecessors.

Watch her when she visits a local school and you see the warmth and affection she instantly triggers in people. Kids are pretty much totally honest with very good BS-detectors. If they sense you're a phony, forget it. But around the first lady, they want to hug her and laugh with her and tell her stories.