Weekends different because of the economy?

Signs that people have less disposable income these days are everywhere. 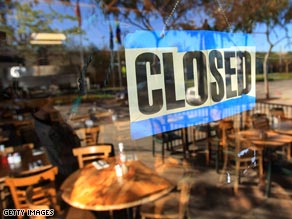 Restaurants are hurting as more Americans decide to stay in more.

Take for example the earnings at large retailers like Target - where profits were down 41 percent in 4th quarter of last year. Or Macy's - which fared even worse, with profits down almost 59 percent during that same time.

Some of the changes are more subtle but just as revealing. Wal-Mart says sales of starter sewing kits have shot up by 30 percent. Landscaping companies have seen their revenue drop 7 percent in the last year. And Procter and Gamble says more people are asking how to dye their hair at home - instead of spending more and going to the beauty salon.

In addition – a lot of people are anxious about the possibility of losing their home to foreclosure, and more than a million people already have. Ask anyone and they will likely tell you they are at least a little bit uncertain about their job. Will it continue? Will they be laid off? Will they be asked to take a pay cut or work a reduced schedule or will they just be fired outright?

The reasons for squeezing a nickel until the buffalo's eyes bug out are everywhere. (That's a variation on an old expression that can't be used on a family news program.) If people have a couple of extra bucks, they're probably inclined to hang onto it.

So as Friday rolls around and thoughts turn to the weekend...

Here’s my question to you: In light of the economy, what's different about how you spend your weekends?

END_OF_DOCUMENT_TOKEN_TO_BE_REPLACED 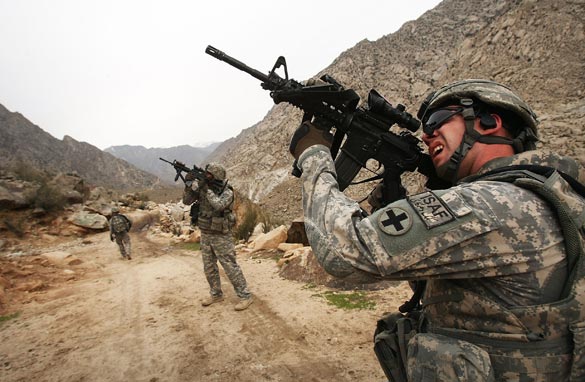 The U.S. is losing the war in Afghanistan - so says Senator John McCain.

"When you aren't winning in this kind of war, you are losing. And, in Afghanistan today, we are not winning," said McCain.

The former presidential candidate says although he approves of President Obama's plan to send 17,000 more troops there. He thinks additional allied and Afghan troops will be needed to bat back a resurgent al Qaeda and Taliban. He's calling for the U.S. to set up a larger military headquarters and to boost nonmilitary assistance.

The Arizona Senator says that the situation in Afghanistan is nowhere near as bad as it was in Iraq - but that insurgent attacks were up sharply last year and violence increased more than 500 percent in the last 4 years.

McCain's comments come after those of Defense Secretary Robert Gates - who has said the U.S. faces "a very tough test" in Afghanistan, although Gates is confident we will "rise to the occasion."

A new CNN/Opinion Research Corporation poll shows most Americans agree with McCain... only 31% say the U.S. is currently winning the war in Afghanistan, although 62% say the U.S. can eventually win it.

Meanwhile - when it comes to the other war, the one in Iraq, McCain is among several Republicans backing President Obama's plan to pull most U.S. troops out by August 2010. McCain says the plan is a "reasonable" one and he's "cautiously optimistic" that it can lead to success.

Here’s my question to you: Is John McCain right that the U.S. is losing the war in Afghanistan?

END_OF_DOCUMENT_TOKEN_TO_BE_REPLACED

Should Pres. Obama be more positive about the economy?

President Obama is a preacher of doom and gloom when it comes to the economy, according to Dick Morris. He writes the president is making the crisis worse. "Instead of being a firewall, reassuring Main Street even as Wall Street crashed, he has become a conduit of panic, spreading the mood of desperation from the stock exchange floor to kitchen tables across the world," said Morris. 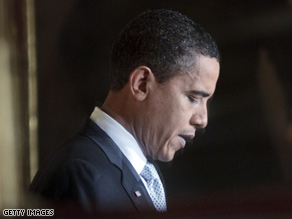 Dick Morris says the president has become a "conduit of panic."

Morris describes Mr. Obama as a "global Paul Revere" and says every time he speaks, he sends markets down and stocks crashing, and that the president doesn't seem to get the fact that the rest of the world takes its cues from him.

Dick Morris thinks the president is talking this way in order to keep people in a state of panic so he can pass through his agenda - from spending bills to tax increases to government regulations. He believes the longer the economy continues to deteriorate – the more difficult it will be to pass the blame off on President Bush.

Turns out a wide range of people have called for Mr. Obama to be more positive when speaking about the economy - including former President Bill Clinton , who suggested the president sound a more hopeful note. Others suggest that after years of President Bush painting an unrealistic, rosy scenario, Pres. Obama needs to tell it like it is, as he has been doing.

In his address to Congress this week - the president sounded more upbeat when he said we are not quitters - and that the U.S. will rebuild, recover and emerge stronger than before.

Here’s my question to you: When it comes to the economy, should President Obama's message be more positive?