How has economic crisis changed your daily life?

As President Obama gets ready to address a joint session of congress tonight - he'll also be talking to a nation that's pretty uncomfortable about where we're headed. 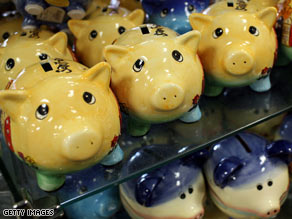 Piggy banks and money boxes are gaining popularity as people are starting to save their money at home.

A new CNN-Opinion Research Corporation poll shows 71% of Americans are angry about where we're headed. And 73% are scared. These are not encouraging numbers. Also – 79% of those surveyed think things in the U.S. are going badly.

The silver lining is that most people are still upbeat about their own personal situation - with 77% saying things are going well for them.

Nevertheless, we're being warned that these rough economic times are far from over. Federal Reserve chair Ben Bernanke says he hopes the recession will end later this year - but a full economic recovery could take two or three more years.

And many Americans are reshaping their lifestyles to adjust to these shaky circumstances. They're downsizing and actually trying to live within their means – instead of the culture of credit that was the rule of the land for too many years. Many are saving more. Others are trying to figure out how to get by on one less salary while trying to pay rising bills for things like health care and education. All the while sitting on a home that's lost much of its value.

Here’s my question to you: How has your daily life changed because of the economic crisis?

END_OF_DOCUMENT_TOKEN_TO_BE_REPLACED

Here's a sign of just how bad things are: when it comes to the economy, more Americans trust our politicians than our business leaders. 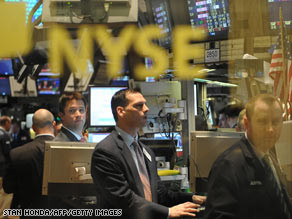 Traders on the floor of the New York Stock Exchange. More Americans trust politicians than business leaders on economic matters.

A new CNN/Opinion Research Corporation Poll asks people how confident they are that the following institutions will make the right economic decisions.

Compare that to a whopping 75% who express confidence in President Obama on economic issues, 66% who back Democrats in Congress to make the right calls, and 53% who feel the same about Congressional Republicans.

In light of that, it's no surprise that most people surveyed are opposed to government bailouts for banks and auto companies, while more actually favor government assistance to homeowners who can't pay their mortgages and government influence to lower health care costs.

This is probably uncharted territory for many of those in Washington. The fact that more Americans have confidence in government to get us out of our collective financial nightmare frightens me.

Here’s my question to you: What does it mean when politicians are more trusted than business leaders on economic matters?

END_OF_DOCUMENT_TOKEN_TO_BE_REPLACED

What should Pres. Obama say tonight? 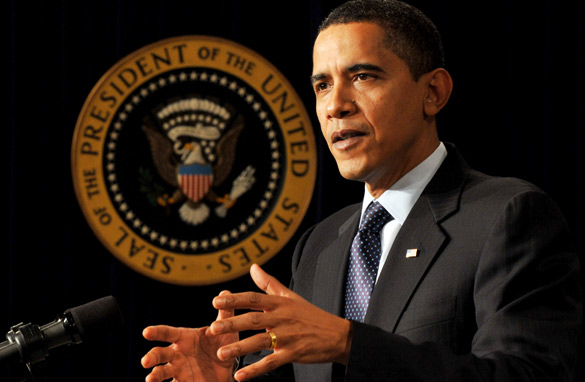 What should the president say before Congress? (PHOTO CREDIT: GETTY IMAGES)

Most Americans are hungry to hear what President Barack Obama has to say about the economy when he addresses a joint session of Congress tonight.

A new USA Today/Gallup poll shows 74% of those surveyed are eager to hear the president talk about the economic challenges facing our country.

Outside of the economy, some other issues mentioned are the wars in Iraq and Afghanistan, education and illegal immigration.

The New York Times suggests that the president's challenge tonight is to declare that "out of ugly necessity" big government is back. But if done right, it won't last for long. The hardest part will be for the president to convince Americans they can't save themselves without first saving "the banks that let greed blot out prudence, the carmakers who ignored competitive reality for a quarter-century, and the homeowners who somehow persuaded themselves that housing prices only move up."

It's a tall order even for Mr. Obama – who's no slouch in the oratory department. Amidst all the rotten economic news – he will need to be at once reassuring and realistic.

Here’s my question to you: What do you want to hear from President Obama tonight?