Should U.S. banks be nationalized?

The idea of nationalizing struggling U.S. banks is starting to pick up steam, even among some Republicans. 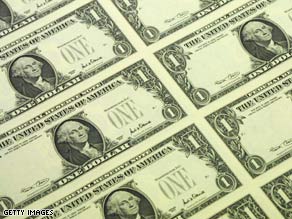 Some in Congress favor nationalizing the banking system.

Senator Lindsey Graham tells the Financial Times that many of his colleagues, including Senator John McCain, agree that nationalization of some banks should be "on the table." He says many people think it just doesn't make sense to keep throwing good money after bad when it comes to institutions like Citibank and Bank of America. Graham says people shouldn't get caught up on the word "nationalization" that we can't keep funding what he calls "zombie" banks without the public taking control.

Several people, including President Obama himself, have pointed out that's what the Japanese did, and they never really got credit flowing. The president has said he's leaning more toward the "Swedish model" – where they nationalized the banks and then auctioned them off once they were cleaned up.

The administration is opposed to nationalization in principle. Treasury Secretary Geithner has said "governments are terrible managers of bad assets", but the way things are going there may be no choice.

In fact, we are already on the road to nationalization when you consider how much money the government has already dumped into this nation's banks. According to the Treasury Department - about 400 banks in 47 states have gotten government aid since the program started in October.

And when the banks begin to report first quarter earnings in a few weeks, the decision may be made for us.

Here’s my question to you: Should the U.S. to nationalize its banks?

Leroy in Jersey City writes:
Jack, You can’t use the “N-word.” If we N-word (Nationalize) the banks, then comes Socialism and Marx. We might as well lay down our arms and fly the Russian flag. Never, never should we “Nationalize” the banks. Now, maybe we should “Re-structure” the banks—that is, take over the insolvent financial institutions that fail the “stress test.” We fire the management that created the mess, then sell off the positive assets in an orderly fashion, trash the toxic assets, send the shareholders packing. Then eventually, resell the healthy bank back to the private sector. That is a far better solution than trying to prop up the private zombie banks that do not have the nation’s interest at heart.

Cali from Chattanooga, Tennessee writes:
Jack, Let the banks go belly up and the car companies. We will learn to live without our credit culture only if this is done.

Bob from Morristown, New Jersey writes:
It would only take one nationalized bank as a warehouse for the toxic assets and a conduit for putting taxpayer provided funds into the credit market to break the logjam, and get the private banks lending again.

Robin writes:
The banks should have been nationalized immediately. All assets of CEOs and higher ups should have been frozen. All monies received from illusionary profits be returned. Why are taxpayers bailing out these banks when the proceeds from this disaster are sitting in the perpetrators' bank accounts?

Jim from North Carolina writes:
Jack, If CNN's ratings drop below sea level, I promise you that you and Wolf would be looking for another Situation Room. You guys would not be bailed out. The same goes for every facet of our society. If the truth could be told, the American people do not believe in rewarding failure. Unfortunately, that is what we are seeing every day.