Former President Bill Clinton says when it comes to right-wing talk radio, it's time for "more balance" on the airwaves. 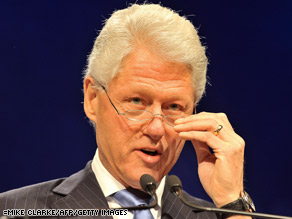 Clinton says the government should either bring back the "Fairness Doctrine" or have more programs that present the other side. "Because essentially there's always been a lot of big money to support the right wing talk shows and let's face it... Rush Limbaugh is fairly entertaining even when he is saying things that I think are ridiculous," said the former president.

This follows recent chatter from some Democratic Senators to possibly hold hearings on radio accountability, even though no one has scheduled them as of yet.

The Fairness Doctrine required broadcasters to air both sides of controversial topics. But in 1987, the FCC found it unconstitutional. Congressional Democrats tried to bring it back, but President Reagan vetoed that effort.

Several Democrats started talking about bringing back the Fairness Doctrine last fall, which worried Republicans and talk radio hosts. At the time then-Senator Obama said he didn't support the idea, saying it was a distraction to more pressing issues in the media business. I wonder how he feels now.

Nonetheless, just the possibility of hearings has been enough to get the likes of Rush Limbaugh and Sean Hannity buzzing.

Here’s my question to you: How would you regulate talk radio?

END_OF_DOCUMENT_TOKEN_TO_BE_REPLACED

Is the stimulus bill transparent?

Part of President Obama's appeal during the election was his call for a new era of transparency, of shaking up the way things are done in Washington. 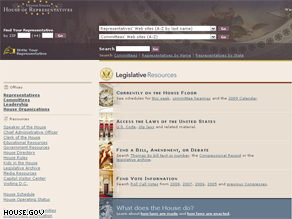 The 1,071 page bill was posted late last night on a congressional website.

But when you look at how his stimulus bill is moving through Congress, it sounds a whole lot like the way "old" Washington operated.

Late last night, the stimulus plan – all one-thousand seventy-one pages of it – was posted on a congressional web site. This gave lawmakers only a few hours to read it before voting. No one can read a thousand page document written by lawyers in just a few hours.

so the House passed the bill without having read it and the Senate is expected to do the same thing shortly. Almost $800 billion and nobody in Congress knows what's in there. That ought to help you to sleep well tonight.

The Democrats promised lawmakers and the public would have at least 48 hours to read the thing before the vote. They lied. Again.

Old fashioned politics. Wait until the last possible moment – President Obama wants this on his desk by Monday – and then cram it through.

As the AP puts it, the stimulus bill is clearly "the result of old-fashioned sausage-making", with pet projects coming to light that hadn't been included in the original bills.

Here’s my question to you: What does a 1,000 page stimulus bill the public had virtually no chance to look at say about the new era of "government transparency"?