Would you spend extra money or save it? 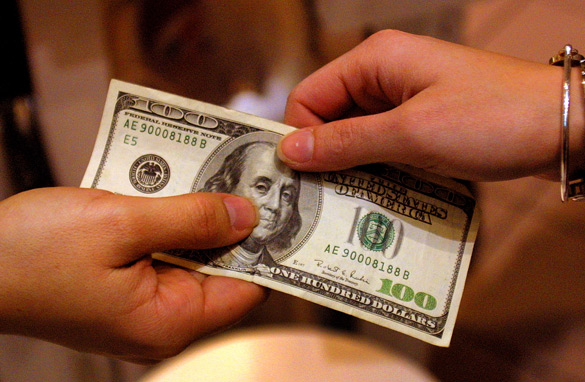 Are you a spender or a saver? (PHOTO CREDIT: GETTY IMAGES)

We have gone from a negative savings rate a year ago to saving 3-point-6 percent of our income in December. That translates to 36 dollars saved for every one-thousand dollars of after tax income.

Although our current savings rate isn't a record high and is still lower than other countries, it's a lot higher than it's been. And therein lies the problem. Our economy relies on consumer spending for its mojo. Consumers drive two-thirds of our economy. If Americans aren't opening their wallets, the economy isn't going anywhere.

But as more people are laid off and family budgets are tightened, many understandably want to save more. Also, more Americans are saving more as they're seeing their access to credit cut off.

This is all a lot different from what we saw before the bottom fell out of the economy: the savings rate was at historic lows from 2005 through early in 2008, occasionally even falling below zero. Those were the days when a strong stock market and skyrocketing real estate prices led many to believe they had an endless supply of money- or certainly an endless supply of credit.

But those days are over, and we suddenly find ourselves in a rather strange position. Although it's better for your bottom line to save as much as you can, doing that might just prolong our economic woes.

Here’s my question to you: If you come into extra money, will you spend it or save it?

END_OF_DOCUMENT_TOKEN_TO_BE_REPLACED 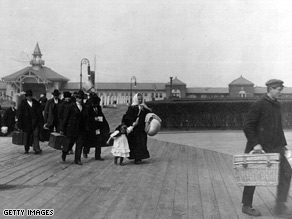 Immigrants arriving at Ellis Island in 1905. Is it time to change our immigration policy?

Just last month our economy lost nearly 600,000 jobs, hitting an unemployment rate of 7.6%. Since December 2007 the economy has shed 3.6 million jobs, with almost half of those losses occurring in the last 3 months alone.

Meanwhile, there are millions and millions of legal and illegal immigrants who have jobs in this country. These job losses also come at a time when President Obama is under increasing pressure from Hispanic groups, who helped get him elected, to loosen up on the more aggressive immigration policies of the Bush administration. They're calling on the new president to push for comprehensive reform that would balance law enforcement with new legal avenues to citizenship.

But some might wonder if now is the right time to make it easier for more people to get into this country when millions of Americans are struggling to find work. Remember when all we heard was that illegal aliens do the work Americans are unwilling to do? I wonder if that's still the case today.

Others insist that this is the wrong time to close immigrants out. Tom Friedman writes in the New York Times about the importance of opening the U.S. economy to a smart and energetic immigrant workforce. Friedman says protectionism didn't cause the Great Depression but did helped make it "great". Writes Friedman, "When the best brains in the world are on sale, you don't shut them out. You open your doors wider. We need to attack this financial crisis with green cards not just greenbacks."

Here’s my question to you: Should the government change its immigration policy in light of the tremendous loss of American jobs?

END_OF_DOCUMENT_TOKEN_TO_BE_REPLACED

How stimulating is $13 a week?

You want to be stimulated? How does $13 a week sound to you? 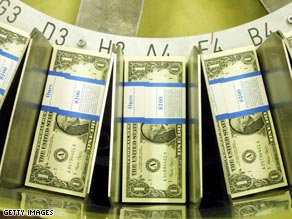 Officials estimate the new stimulus plan will mean about $13 a week more in people's paychecks this year.

While the federal government is passing an $800 billion stimulus bill - which works out to about $2,700 for every man woman and child in the country - the average worker can look forward to seeing about an extra $13 a week in his/her paycheck after taxes. This is on top of the $700 billion financial bailout package that was passed last fall and given to the Wall Street and banking weasels.

When I was a kid and was given my meager allowance I was often told, "Try not to blow it all in one place."

$13 a week. Think you can stave off foreclosure with that? How about junior's tuition, room and board at college?

Maybe trade in the old car for one of those new, fancy hybrids. $13 a week ought to handle it.

Or you could plan a lavish trip to Las Vegas and make the whiny old mayor of that town happy.

I'm no economist. But if two-thirds of our economy depends on consumer spending, and we have lost three million jobs in the past year and have almost five million people drawing unemployment benefits, wouldn't it make sense to put a little more jingle in the pockets of the folks who are fortunate enough to still have a job?

President Obama should be embarrassed. And those clowns in Congress should be ashamed of themselves.

Here’s my question to you: How stimulating is $13 a week?