Due to the plane crash into New York's Hudson River, the Cafferty File was not seen today.

Some of these questions may be addressed tomorrow. We have all of the comments submitted today.

President-elect Obama is committed to ending the "don't ask don't tell" policy that prohibits openly gay men and women from serving in the military. 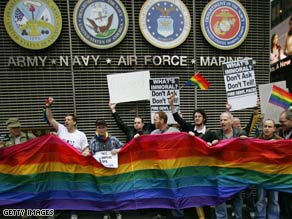 He campaigned on this, and a spokesman reiterates it on a new video posted on the change.gov web site.

Commitment aside, the spokesman elaborated on his comments to add that the President's first priority is jump starting the economy.

Not to mention that overturning the policy requires legislation from Congress. President Clinton tried to overturn it when he took office in 1993 but opposition from military leadership prevailed.

Ret. General Colin Powell, who was the chairman of the joint chief of staffs at the time, has said Congress should review the policy because attitudes have changed since it was passed more than 15 years ago.

In an attempt to create a loophole of sorts, a bill was introduced during the last session of Congress to implement "a policy of nondiscrimination on the basis of sexual orientation" but it never came up for a full House vote. So that bill and Obama's commitment to overturn the policy remain on the back burner, at least for now.

Here’s my question to you: Is it time to end "Don't ask, don't tell" for gays in the military?

Tune in to the Situation Room to see if Jack reads your answer on air.

There's no formula for success when it comes to stimulating the economy. As Time Magazine points out, the economists and experts speculating on what will work are simply guessing. 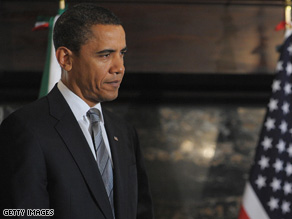 At the heart of it all is whether the boost should come from tax cuts or government spending. There are pros and cons for both but no one knows if either is the magic bullet.

Tax cuts are a quick solution, and have been effective in the past. But this time they may not be the answer because with consumer confidence as low as it is people are likely to hold on to any extra money they can get their hands instead of running out and spending it.

As for government spending, the projects take a long time to get under way. They leave debt for our children and grandchildren, but the idea is that there is something to show for them at the end of the day. There is a bridge or a building or a highway. There's also the option of, rather than starting new projects, pumping money to state and local governments where it can be spent on projects already under way that are likely going to be cut.

Here’s my question to you: Should President-elect Obama's stimulus package emphasize tax cuts or government spending?

Tune in to the Situation Room to see if Jack reads your answer on air.