What Will You Do To Help the U.S.?

Reality is sinking in for President-elect Obama as he comes to terms with the fact that all of his campaign promises can't be accomplished right away, some of them not at all. 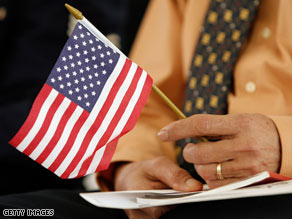 What are you willing to do?

It's a matter of priorities, political maneuvering and money.

The economic crisis is so serious that raising taxes on the wealthy, giving homeowners a 10% tax credit, and not running up debt for future generations are all going to have to wait, at least for now.

Obama is expected to be the President of change but at the moment things need fixing.

On the campaign trail, Obama said fixing the economy would be a priority. Since then the situation has gone from bad to worse.

The President-elect is desperately trying to get support for an emergency stimulus package before he's even sworn in.

Here’s my question to you: President-elect Obama has called on us to make sacrifices for our country. What are you willing to do?

END_OF_DOCUMENT_TOKEN_TO_BE_REPLACED

Bush Farewell Speech: What Do You Want To Hear?

President Bush gave his last scheduled news conference yesterday and now plans to give a farewell address to the nation on Thursday night at 8pm. He's asked the networks to give up some of their coveted prime-time schedules for it. 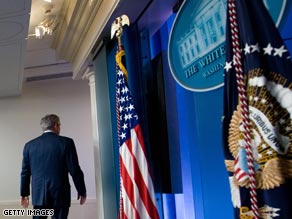 President Bush plans to give a farewell address on Thursday night.

He will deliver the 15- minute speech in the East Room of the White House in front of a live audience of "courageous Americans."

According to the White House press secretary, the President is expected to reflect on his 8 years in office and how the country has changed during that time. He will defend his record but will also share his thoughts on the greatest problems facing the nation and what it takes to meet them.

There's no law about if, how and when Presidents say good-bye as they leave the White House. Past Presidents have done so on Capitol Hill, in newspapers, from the White House, or not at all, as was the case with Bush 41 before Clinton took office.

Here’s my question to you: What would you like President Bush to say in his farewell address to the nation Thursday night?

END_OF_DOCUMENT_TOKEN_TO_BE_REPLACED 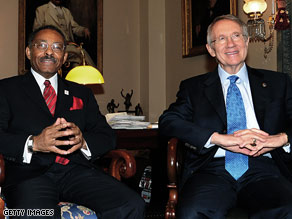