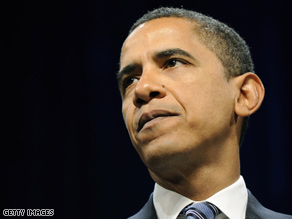 Connor from Chicago, Illinois writes:
I don't think confidence has declined. I think that reality has set in and people who didn't like Obama are starting to see reasons to like him a little, people who worshipped Obama are finding that he is not really a messianic figure who is going to sort everything out, and those of us who were in the middle are simply seeing the reality of an Obama administration: A lot of good ideas, untested results, and uncertainty all around.

Joan from Canada writes:
I am seeing a lot of support for Obama on the blogs. Those that oppose his plan don't seem to have any better suggestions and are being shot down pretty quickly by the others. It looks like you've got a winner.

JD from New Hampshire writes:
Absolutely not! This must be the media scandal du jour. Poor Obama hasn't even been sworn in and apparently, according to the talking heads, he's made a mess of his chance to lead the country. Give it a rest. Let's be optimistic for a change and maybe we can turn this country around. Obama is probably the most intelligent being to inhabit the White House and could be one of our very best leaders.

Jack from Princeton, New Jersey writes:
This guy will have the toughest job on the planet cleaning up after the carnage of Bush and the Republicans. He's exceeding expectations.

Dave from Saint Louis, Missouri writes:
Absolutely not! I had no confidence in him at all to begin with. He has no where to go but up.