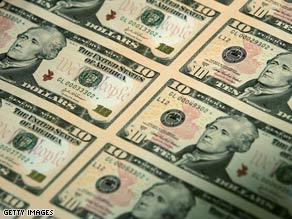 David from San Diego writes:
I would eliminate "corporate welfare" (e.g., farm subsidies) and make all expenditures go through the committee review process - no "earmarks" added after markup without committee scrutiny. I am not opposed to so-called "pet projects" proposed by individual legislators as long as they are subject to open, transparent review and decision making.

GRL from Pennsylvania writes:
How about bringing our troops home from the Middle East? That should certainly cut some spending. Not only does it cost to keep our troops in Iraq and Afghanistan, but the medical costs to attempt to mend the bodies and minds of the survivors of those wars are prohibitive. There must be a more cost-efficient way to stop terrorism.

Mark from Oklahoma writes:
How about sending back ten million illegal aliens so their own government can support, educate and care for their health needs?

Billy from Las Vegas writes:
You can start with some of this over priced, consistently over budget, Pentagon foolishness that doesn't work like the "Star Wars" style ABM program. This country spends more money for so called "defense" than all the nations of the world combined with much of it pure waste.

Jim from Las Vegas, Nevada writes:
Legalize pot. Not only would that cut enforcement spending and prisons, but the tax revenue would be handy, too.