Economy: Do you Trust Congress? 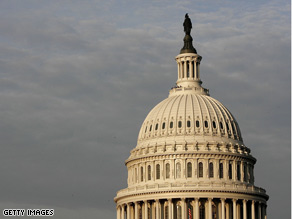 The 111th Congress convened in Washington today. The problems confronting the country are many… the economic crisis, energy, health care and climate change, among others.

Democrats control both houses, but Republicans are not without power, especially in the Senate. And there are disagreements among Democrats as well over such things as runaway federal spending, what to do about the automakers and the right policy when it comes to the use of fossil fuels.

The public is also skeptical. According to a new Gallup poll only 19-percent of Americans approved of the job the Democratic Congress did in 2008, one of the lowest scores on record.

By the end of the year Congress' approval rating had risen from a low of 14 percent last July to 20 percent in December.

But overall, Americans remain dissatisfied with how things are going. And it's a pretty safe bet that if Congress doesn't improve on its past performance this time around, it will be a very short stay in our nation's Capitol for many of them.

Here’s my question to you: When it comes to the economy, how much do you trust Congress to do the right thing?

END_OF_DOCUMENT_TOKEN_TO_BE_REPLACED

Roland Burris: What Should U.S. Senate Do? 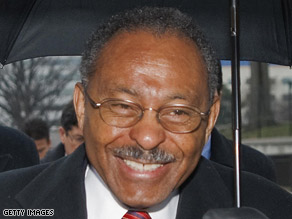 Barack Obama really didn't need this. Roland Burris declared he's the Senator from Illinois despite the controversy surrounding his appointment. He was picked by Illinois Governor Rod Blagojevich, who is accused of trying to sell the seat vacated by President-elect Barack Obama.

But when Burris made his way to Capitol Hill this morning, the Senate refused to seat him. Senate Majority leader Harry Reid said it's because of incomplete paper work. His certificate of appointment is signed by the Illinois Governor but not by the secretary of state. But it's really much more than that.

Burris said his lawyers will handle it and he has a private meeting scheduled with Senate leaders tomorrow.

He said he didn't want to make a scene on Capitol Hill-but he did. It was a circus.

People are speaking out on Burris' behalf, saying his appointment is legal and he should be seated.

But this whole thing smells. There are criminal charges pending against the Illinois governor who appointed Burris. Those charges include trying to profit from naming Obama's replacement in the U.S. Senate. It's sort of like letting Bernie Madoff run a hedge fund while he's awaiting trial on charges of stealing $50 billion from investors.

Our Question is: When it comes to Roland Burris, the controversial Senate appointee from Illinois, what should the U.S. Senate do?

Here’s my question to you: When it comes to Roland Burris, the controversial Senate appointee from Illinois, what should the U.S. Senate do?

END_OF_DOCUMENT_TOKEN_TO_BE_REPLACED

Lower Gas Prices: Asset or Liability for the U.S.? 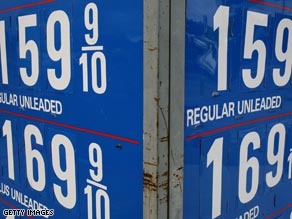 According to the Energy Information Administration, the average price per gallon last week was $1.59. When adjusted for inflation, that's 9% less than when President Bush took office and considerably less than the cost last summer which was more than $4 per gallon.

Gas prices are starting to creep up a few cents now. Oil prices have risen in response to the fighting in Gaza, and there are predictions that after declining for 5 months gasoline could cost $2 a gallon by spring.

Meanwhile, consumers are only too happy to spend less at the pump. People are now spending $25 a week on gas instead of $75. That translates to a savings of about one billion dollars a day for American motorists, according to AAA. They say high gas prices contributed to the recession, and lower prices could help turn things around by leaving people with more cash in their pockets to spend on something besides gas.

The downside is that lower gas prices take the emphasis off developing alternative energy sources and breaking our dependence on imported oil.

Here’s my question to you: Are lower gas prices an asset or a liability for the U.S.?