What Should Happen to Iraqi Shoe Thrower? 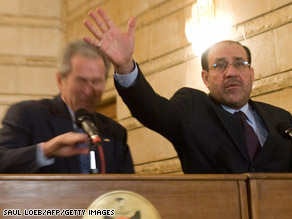 The Iraqi journalist who threw his shoes at President Bush during a press conference in Baghdad went before a judge last night. A source at the Iraqi Central Criminal Court told CNN he will likely be charged with assaulting a foreign head of state.

According to wire reports, Iraqi law dictates that he could face seven years in prison. And whether you agree with the war in Iraq or not, it probably saved this man's life. If he had thrown his shoes while Saddam was in power he likely would have been executed on the spot.

Instead he was arrested and promptly put in jail. Thousands of Iraqis are calling him a hero and are rallying for his release.

When asked by CNN's Candy Crowley yesterday what should happen to the man, President Bush said authorities shouldn't overact. He called the incident an interesting form of expression and added that it's part of the free society emerging in Iraq.

The man will stand trial, perhaps as early as next week, and reportedly be represented by a lawyer who said he will file a request to have his client released on bail.

Here’s my question to you: What's the appropriate punishment for the man who threw his shoes at President Bush?

END_OF_DOCUMENT_TOKEN_TO_BE_REPLACED

Will History Be Kinder to Pres. Bush or V.P. Cheney? 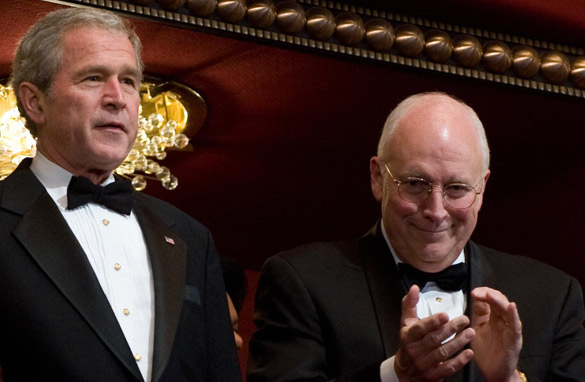 Vice President Dick Cheney gave an interview to ABC's Jonathan Karl in which he defended the administration's decision to invade Iraq, the war on terror, water boarding, Guantanamo and more. Yesterday President Bush gave a similar interview to our Candy Crowley.

With only 34 days left in office both men are reflecting on the past eight years and perhaps thinking about their legacy and how they'll be remembered.  It's a time to talk up their accomplishments in the hopes that critics attention will be diverted from the other stuff.

Bush and Cheney are leaving Washington in the middle of two wars and the worst economic downturn since the Great Depression.

There is certainly no shortage of memories of our 43rd president. Everything from speaking at Ground Zero after the 9/11 attacks to the time he choked on a pretzel and fainted while watching Sunday night football.

Then there's the Vice President. He has redefined the role of the Nation's second in command. He will long be remembered for that but also for shooting his hunting companion in the face in 2006.

Here’s my question to you: Who will history be kindest to: President Bush or Vice President Cheney?

END_OF_DOCUMENT_TOKEN_TO_BE_REPLACED 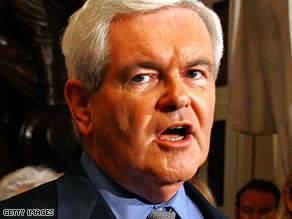