Oprah's going to Washington along with everyone else. The daytime Diva plans to do her television show from the Nation's Capitol during inauguration week.

Estimates are that 3 million people may show up for this historic event...the swearing in of the first Black President. The mayor of Washington says it could be as many as 5 million.

Some will come to watch and some to celebrate. There will be numerous parties and even formal balls.

But according to a CNN opinion poll out today about the economy, 79 percent of Americans say things are going badly in the country right now and 42 percent say the recession is serious.

News of layoffs and pleas for government bailouts continue. The bad news about the economy shows no sign of letting up, so is it really time for a huge celebration?

Obama insiders won't reveal any details of the inauguration plans but they tell CNN the party will go on. We just don't know how big a party it will be.

Here’s my question to you: Should Barack Obama scale back his inauguration celebration in light of the economic crisis facing the country?

END_OF_DOCUMENT_TOKEN_TO_BE_REPLACED

Will loss of automakers lead to a depression? 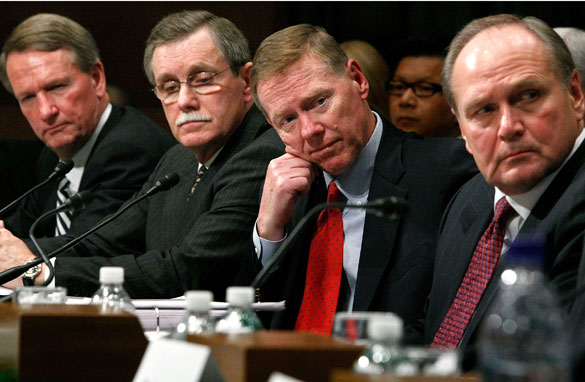 A top executive at Chrysler, Vice Chairman Jim Press, is warning that the failure of just one of the Big Three automakers could drive the U.S. economy into a depression.

The CEOs of Chrysler, Ford and GM were back on Capitol Hill today asking for $34 billion in aid, just two weeks after they asked for $25 billion and were shot down.

Ford CEO Alan Mulally quoted an estimate from Goldman Sachs during his testimony that said the failures of the three companies could cost the U.S. economy up to $1 trillion.

Sure the companies need cash. And sure they directly provide jobs to 355,000 workers. And an additional 4.5 million jobs in related industries. But there are real questions about whether we would be throwing good money after bad. Detroit has failed to keep up with a changing industry for years, despite the handwriting that was clearly put on the wall by Toyota and Honda, among others. American cars come with legacy costs unrivaled anywhere in the industry. Sales figures released this week were terrible. GM down 41 percent, Ford down 31 percent. Congress is grappling with whether the cure is worse than the disease.

Here’s my question to you: Will the loss of any one of the Big Three auto companies lead to a depression?

END_OF_DOCUMENT_TOKEN_TO_BE_REPLACED 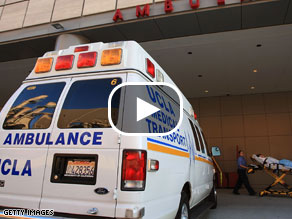