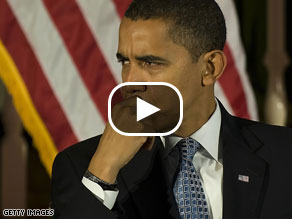 The Republican Party has long been the party of small government and free markets backed by big business. But that may be changing.

Incoming Democratic President Barack Obama is bringing in some big guns to oversee economic policy and has talked about a second stimulus package and a bailout of the auto companies as top priorities next month. And big corporations like what they're hearing. So much so that Peter Canellos, The Boston Globe's Washington Bureau Chief, suggests “big business” is shifting its loyalty to the Democratic Party.

The writing's been on the wall for quite some time. The Democrats out-raised Republicans in the 2008 elections. The financial sector alone donated more money to the Democrats, $65 million compared to the $59 million it gave Republicans. Big banks have long been supporters of the GOP.

So why the shift? Canellos points to the Southern evangelicals who he says have dominated the Republican Party and in the process driven away some very big contributors. Corporate executives who have big bucks but different beliefs have begun to migrate to the Democratic Party despite the threat of higher taxes.

And because many Republicans opposed the $700 billion bailout package passed in October as well as a rescue plan for the automakers, it looks like the GOP isn't going to win “big business” back anytime soon.

Here’s my question to you: What does it mean that the Democratic Party is becoming the party of Big Business?

Randy from Salt Lake City, Utah writes:
It means that nothing will change. We now live in a fascist nation where corporate profits are private and corporate losses are socialized. It doesn't matter who's in the White House, the corporations run everything. We're all doomed.

Jackie from Dallas, Texas writes:
To me it means that someone is swallowing the KoolAid, big time. President-Elect Obama, the titular head of the Democratic Party, has shown that he doesn't want his administration to be unduly influenced by big business. But it is foolish to assume or even hope that big business won't play a major role...where are those jobs going to come from, where are the products to be made here going to come from, if not from big business?

Gip from Florida writes:
Jack , Jack, where have you been? It’s how it’s done. Business 101 has nothing to do with politics. Both parties are corrupt and not going to change. They know Americans are not going to demand ethics and morals. We have none!

Brian from Trinidad writes:
The Democrats may not be the party of big business, but they have certainly taken on the mantle that they will sell out their mothers for the right price. I'm sorry, but I don't see the bright lights coming out of the Obama White House that so many of you media big-shots see. I think he'll be worse at getting the job done than Bush.

Richie from Wisconsin writes:
That's a loaded question. I don't think the Democrats are becoming the party of Big Business, I just think that they're becoming the party that's going to get stuff done, abetted by the Republicans. The markets can sniff out a dying breed when they need to, and they recognized the failings of the Republicans just like the nation as a whole did.