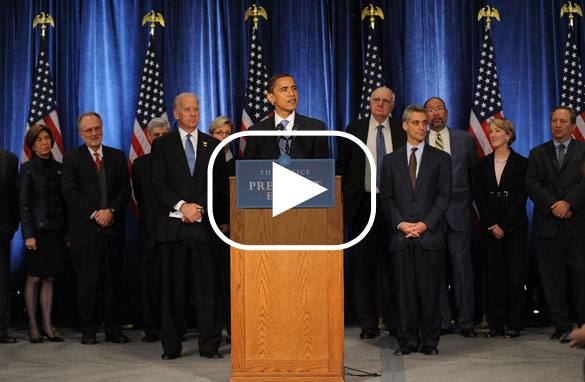 END_OF_DOCUMENT_TOKEN_TO_BE_REPLACED

The nation's president-elect will be confronting arguably the toughest set of problems this country has been faced with in a very long time. The economy is in crisis, the treasury is broke, Americans are losing their jobs and we're fighting two wars. It's heady stuff but at the end of the day, one of the biggest decisions Barack and Michelle Obama are going to have to make is where to send those two delightful little girls to school.

It's a decision many parents wrestle with all the time: Public or private? Public schools tend to more closely resemble the real world, while private schools provide a more insulated and, in most cases, intellectually-challenging environment. But Sasha and Malia aren't just any two kids moving to Washington from Chicago and trying to find a new school. When they head off for their first day of class, the world will be watching and the Secret Service will go with them. Michelle Obama says she wants to be the nation's "first mom." Where to send these two kids to school will be one of the biggest decisions she has to make. And no matter what the Obamas decide, the nation will be watching and clucking like a bunch of hens no matter where they go to school.

Here’s my question to you: Should the Obama children attend public or private school?