[cnn-photo-caption image= http://i2.cdn.turner.com/cnn/2008/images/11/13/art.bush.flag.gi.jpg caption="Congressional Democrats will move forward with investigations of the Bush administration in January."]

The New York Times reports that congressional Democrats are going to move forward with investigations of the Bush administration even after the president leaves office in January. That could prove to be quite a task.

Where to begin... Abuse of the power of the Executive Branch... Torture of detainees... The role of former White House aides Harriet Miers and Karl Rove in the firing of federal prosecutors... Eavesdropping without a warrant. It's a very long list.

The rub is that President Bush may be able to block subpoenas long after he leaves the White House.

In 1953, Harry Truman blocked a congressional subpoena almost a year after he left office. Truman told Congress the Constitution still empowered him to do so. Then Congress backed off.

If the last eight years are any example you can bet the Bush administration would do everything it could not to cooperate.

Here’s my question to you: Is it a good idea for the Democrats to begin investigations of the Bush administration?

END_OF_DOCUMENT_TOKEN_TO_BE_REPLACED 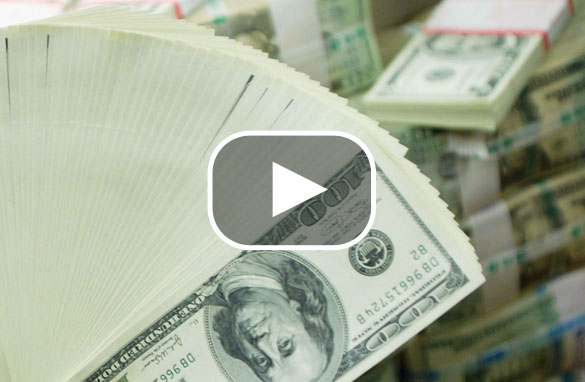 END_OF_DOCUMENT_TOKEN_TO_BE_REPLACED

Obama’s Best Use of VP-elect Biden?

Today we're going to spend a couple of minutes talking about the vice presidential candidate who actually won the election, Joe Biden. Remember him?

After 9-11, one of the first things President Bush did was find a secure, undisclosed location in which to store his Vice President, Dick Cheney. Once hidden away, Cheney could begin pulling the strings for the new administration. Secret energy meetings with that fun bunch from Enron, drawing up plans to invade Iraq as well as the lies they would need to cover it, figuring out how to operate the most secretive administration in history without being accountable to anyone. He had his assignment clearly defined right from the start.

It's always been a bit of a problem figuring out what to do with the vice president. As long as the president's alive, his official job description is limited. Break the ties in the Senate, sit behind the congressional leaders during the State of the Union address, and try to look interested when out in public.

Julian Zelizer, professor of history and public affairs at Princeton University says Biden could best be put to use soothing a Democratic Congress that's had a tense relationship with the Executive Branch in recent years. He believes Biden should be "a point man on Capitol Hill to help twist arms, make arguments and build voting coalitions."

Here’s my question to you: How should Barack Obama make the best use of Vice President-elect Joe Biden?