Can Edwards make a comeback?

The three dollar bill with the $400 haircuts is back. Former Senator, Vice Presidential candidate, Presidential candidate and adulterer John Edwards gave a speech at Indiana University yesterday. He was paid 35-thousand dollars for the appearance. He talked about Barack Obama, Hillary Clinton, politics...everything except his adulterous affair with campaign filmmaker Rielle Hunter.

Afterwards there was a question and answer session. But no press and the questions he agreed to answer were submitted in advance...that way he could avoid anything that made him uncomfortable. Edwards is very careful...except when he's sneaking in and out of hotel rooms in the middle of the night to meet his mistress while his wife is home suffering from breast cancer. The National Enquirer caught him red-handed.

Edwards is expected to follow up last night's speech with a public appearance today in San Francisco and an upcoming debate with Republican Strategist Karl Rove at the American Bankers Association.

Why Indiana University would even want Edwards on their campus is another question.

Here’s my question to you: Can John Edwards make a comeback?

END_OF_DOCUMENT_TOKEN_TO_BE_REPLACED

Why do only 20% consider aid to corporations important? 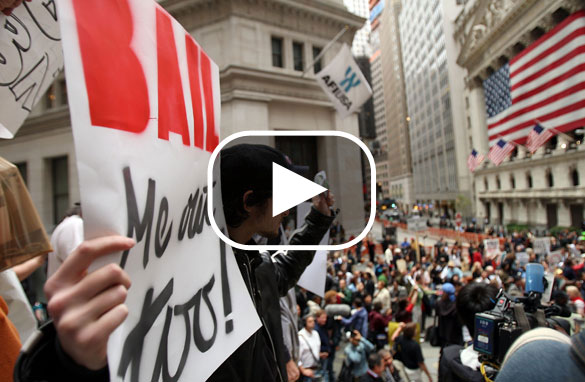 The U.S. automakers need a lifeline... but it's not clear at this point whether the Bush Administration is willing to throw them one.

So a lame duck session of Congress could be Detroit's best hope.

House Speaker Nancy Pelosi is pushing for help for the battered auto industry. She says if the administration doesn't step in to help out the automakers, "it needs to be done one way or another."

Congress could convene as early as next week to sort this out– among other economic concerns–which could start a clash between the Democratic leaders of Congress and the President. It may not make the cash-strapped American public too happy either.

A Gallup poll released yesterday found only 20% of adults say providing loans and other aid to automakers is "crucial" or "very important" to improving the economy. That's slightly less than the 21% who say it was "crucial" or "very important" to aid large financial institutions. Both figures are well below the 34% calling for a second stimulus plan where the money would go to individuals as opposed to corporations.

Here’s my question to you: What does it mean that only 20% of Americans consider aid to large corporations "crucial" or "very important?"