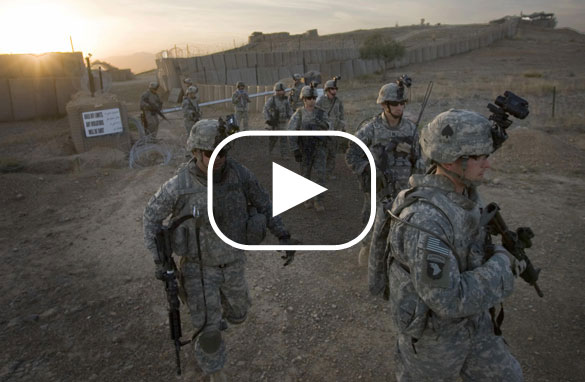 Interested to know which ones made it on air?
END_OF_DOCUMENT_TOKEN_TO_BE_REPLACED

Barack Obama won the White House last week on a message of "change." That’s something that's easier said than done in Washington.

But the president-elect's transition chief John Podesta told "Fox News Sunday" that Obama plans to use his executive powers to make an immediate impact when he takes office in January.

For example, that could mean reversing President Bush's policies on stem-cell research and drilling for oil and natural gas among other things.

Podesta said there is a lot the new president can do using his executive authority without waiting for Congress.

President Bush discovered this early on and used executive orders and signing statements to bypass Congress and implement his agenda whether anyone else in the government thought it was a good idea or not.

Here’s my question to you: What does it mean when President-elect Obama plans to start his first term using executive orders?

END_OF_DOCUMENT_TOKEN_TO_BE_REPLACED

How can Bush be most helpful to Obama in transition?

It was a sort of Flintstones-Meets-the-Jetsons moment…President George W. Bush and his wife Laura welcomed President-elect Barack Obama and his wife Michelle to the White House.

While Mrs. Bush and Mrs. Obama went on a tour of the residence, the current president and the president-elect met in the Oval Office.

This wasn't Obama's first time at the White House– you remember the emergency summit in September to address the financial crisis– but it was his first time in the Oval Office.

Despite the fact that he had endorsed John McCain, President Bush has called Obama's victory a "triumph of the American story," and has vowed to cooperate in making the transition from one president to another run smoothly.

Wouldn't you like to be a fly on the wall in the Oval Office during their meeting?

Here’s my question to you: How can President Bush be most helpful to President-elect Obama in making the transition?