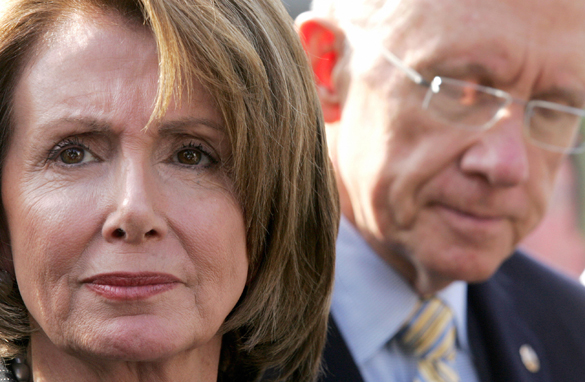 Change is coming to Washington this January - as promised by President-elect Obama - and not just at the White House.

Democrats will have a strong upper hand in both houses of Congress, even with three senate races still up in the air - Minnesota, Alaska and Georgia where a run-off is scheduled for early December - and a handful of House races. Not quite filibuster-proof but the gains should allow Barack Obama to push through much of his agenda in the first 100 days of his presidency.

But one thing that will look the same on Capitol Hill - some of the faces at the top. Senate Majority Leader Harry Reid and House Speaker Nancy Pelosi will be back. They vowed change and bipartisanship after they were elected two years ago. Instead they presided over one of the worst Congresses in recent memory. A lot of people simply don't like either one of them for a variety of reasons.

Here’s my question to you: Are Nancy Pelosi and Harry Reid the right leaders for the new Congress?

END_OF_DOCUMENT_TOKEN_TO_BE_REPLACED

This week began with a message about hope and ended, at least on the economic front, on a feeling of concern.

The Labor Department announced this morning 240,000 jobs were lost in the month of October, bringing us to a grand total of 1.2 million jobs so far this year. More than 650,000 gone in the last three months alone.

Scary stuff... And things could get worse into the first half of 2009. The auto industry is teetering on the brink of disaster. Collectively, they are among the biggest employers in the country. Recent retail sales reports are likely to accelerate the closing of stores. That means more jobs gone. There is nothing on the horizon to make us think things are going to get any better anytime soon. President-elect Barack Obama has promised to create jobs, but he doesn't take over the White House until January. Things could get a whole lot worse between now and then.

Here’s my question to you: How can the new administration begin to slow the loss of jobs in the U.S.?

END_OF_DOCUMENT_TOKEN_TO_BE_REPLACED

How can the GOP get back in the game? 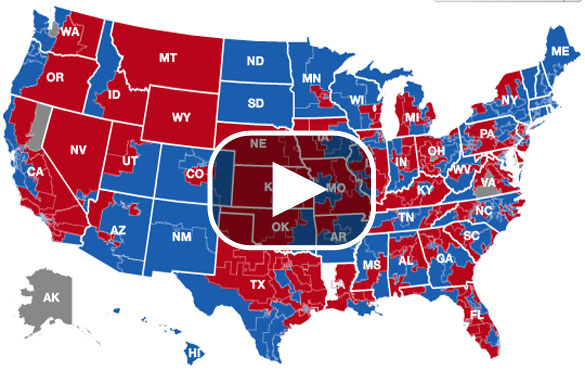 Click the play button to see what Jack and our viewers had to say. (PHOTO CREDIT: CNN)

After getting the wind knocked out of them in 2006 and 2008, Republicans are a party in disarray...

From putting a woman on the presidential ticket who reportedly can't name the members of the North American Free Trade Agreement and thinks Africa is a country rather than a continent, to a presidential candidate who declared: "the fundamentals of our economy are strong" at the same moment the worst financial crisis in almost a century was descending on the U.S. economy, they appear to have lost their touch. And if they're pinning their presidential hopes on Sarah Palin for 2012, well, good luck with that.

Bush damaged the brand but John McCain and Sarah Palin didn't do much to restore it.

Republicans also enter the new year with declining minorities in both houses of Congress.

Here’s my question to you: What does the Republican Party have to do to get back in the game?