Priority one for new Pres and Congress? 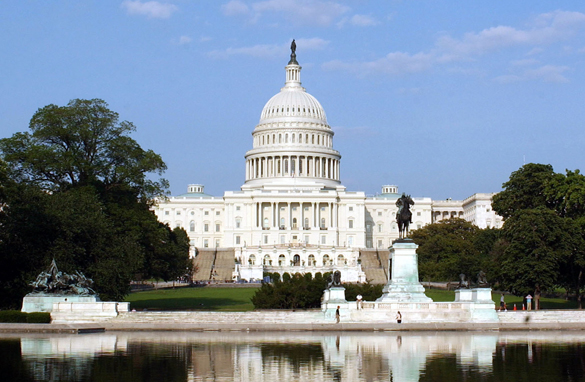 For President Barack Obama and the new Congress, January brings the message, "OK, you made the team, now it's time to find out if you can really play." The list of problems confronting our country is long, the list of solutions not so.

Obama will enjoy Democratic majorities in both houses of Congress, so it should be possible to get things done more quickly. But where to start? There are two wars going on and a global economic crisis that could get worse. The terrorists are still around. Our health care system is in disarray. Our reputation overseas is on life support.

Oh, and don't forget taxes, a lack of any coherent energy policy and illegal immigration. No question about it, it's not quite the same country George Bush inherited from Bill Clinton.

Did I mention $10 trillion of debt and budget deficits projected north of $400 billion for next year?

Here’s my question to you: What is priority one for the new president and congress?

END_OF_DOCUMENT_TOKEN_TO_BE_REPLACED

What happened to John McCain? The likable "maverick" who beat some pretty strong competition to capture his party's nomination had morphed into something else by yesterday.

After promising to run an "honorable" campaign, McCain quickly became another symbol of the divisive politics of past Republican presidential campaigns. Name calling, insults, pettiness, and empty gestures replaced the once likable McCain we all look to to challenge the status quo. His campaign got nasty, and his lack of judgment was on display for all to see a couple of times late in the race.

Sarah Palin was an act of desperation. With little vetting McCain named an unknown from Alaska to energize the Republican base. But she came with too much baggage and quickly went from an asset to a liability. Openly ignorant of the issues in press interviews, Palin began to offend women and anger McCain's campaign managers who sniped that she was a "rogue" who frequently went off the reservation in pursuit of her own interests instead of McCain's.

When the financial crisis exploded, McCain made a huge empty gesture. He suspended his campaign, threatened to cancel the first presidential debate-he was the one who wanted all those town meetings, remember? - and rushed back to Washington where he accomplished absolutely nothing. In the end, he looked silly.

He might not have been able to overcome the damage to the Republican brand anyway, but he quickly became his own worst enemy who gave away any chance to win.

Here’s my question to you: What was John McCain's biggest mistake?

END_OF_DOCUMENT_TOKEN_TO_BE_REPLACED

Click the play button to see what Jack and our viewers had to say. (PHOTO CREDIT: AP PHOTO)

There was perhaps no more profound way to slam the door on eight years of the Bush administration than to elect the first African-American to replace him. The symbolism is powerful; the history is breathtaking. We changed a lot more than our political orientation last night. The country finally grew up.

Something stirred us in a profound way. The disillusionment and disappointment of failed polices everywhere you look were the catalysts. Barack Obama was the spark. Watching him in Grant Park last night, it occurred to me that just like Hemingway was born to write and Tiger Woods to hit a golf ball, this man, Obama, was born to do this, to lead.

He has single-handedly carried the country on his back beyond the racial boundaries that have divided us for more than 200 years. That's a pretty good day's work, but he has done more. He has rekindled hope and optimism in a country that was running short on both.

When he says, "Yes we can," it's hard not to believe him.

Here’s my question to you: What does it mean that the U.S. has its first African-American president?

END_OF_DOCUMENT_TOKEN_TO_BE_REPLACED

What will you miss most about Bush?

With the election of Barack Obama, President Bush is now a certified lame duck who will quickly disappear in the rear view mirror.

Bush soared when the Twin Towers came down. On September 14, 2001, he gave a rousing speech to rescue workers at Ground Zero. It was arguably his finest hour with 90 percent approval ratings and the entire world ready to step in and help the United States in any way they could.

But Bush blew it. The next seven years were pretty much a steady downward spiral. The invasion of Iraq, torture, Abu Ghraib, Guantanamo, domestic spying, secrecy, lost White House emails, zero accountability and the economy in ruins.

Watch: Cafferty: Miss most about Bush?

President Bush will leave office as arguably one of the worst presidents this country ever had. His approval ratings are at an all-time low. He is so unpopular he dared not show his face on the campaign trail.

The ultimate irony is without the utter disaster that was the Bush Presidency, an African-American would probably not have been elected president. Funny how things work out. George W. Bush, a conservative Republican, did as much to get Barack Obama elected as the primary voters in Iowa did on a cold January night earlier this year.

Historians will render the final verdict, but you can have your say right now.

Here’s my question to you: What will you miss most about President Bush?