How long are you willing to wait to vote? 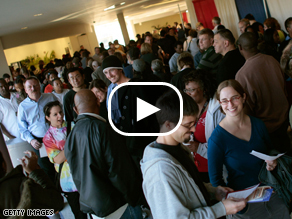 The prescription for tomorrow is comfortable shoes and patience. It's going to be awesome.

Never in recent memory has there been so much interest in a presidential election. More than one-third of Americans are expected to have already voted by the time the polls open tomorrow, a 50 percent increase from 2004. But that doesn't mean there won't be a lot of people in front of you in front of you in line when you get to the polls.

Young people have signed up in unprecedented numbers. New voter registrations have broken records in almost every state. Turnout in many of the primaries was staggering. So be prepared.

Be aware also that tomorrow is a chance for all of us to strike a blow for democracy, and God knows she could use a shot in the arm. We're at our best as a nation when we're all involved. But that involvement tomorrow will come with a price. You're probably going to have to wait. Maybe for a long time.

While you're standing there grumbling that the line isn't moving, or the machine is broken, remember what it was that got you into that line in the first place. This may well be the most important election we've ever had.

Here’s my question to you: How long are you willing to wait in line to vote?

END_OF_DOCUMENT_TOKEN_TO_BE_REPLACED

How will you handle election-withdrawal? 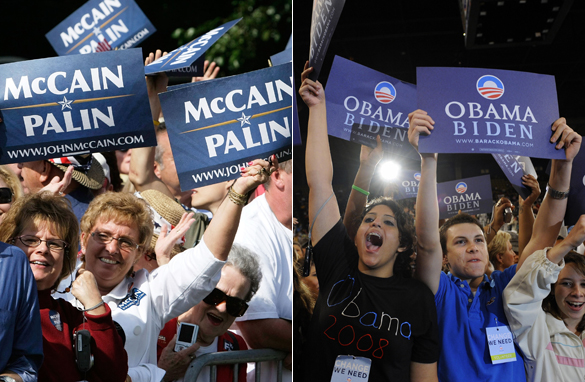 With only one more day until the election, how will you handle election-withdrawal Wednesday? (PHOTO CREDIT: GETTY IMAGES)

So what are your plans for Wednesday? A twelve-step program? Maybe a little one-on-one counseling? You know you're probably going to need some help. We all will. There won't be anymore election to fixate on.

What a ride it's been– Historic and interesting. Historic because of Barack Obama and Hillary Clinton, and just when it started to get a little boring, Sarah Palin rode out of Alaska and energized the whole thing all over again. Interesting because we have ourselves quite a mess here: The economy, wars, etc. You know it all by now. Those problems awakened the American electorate like never before.

But Wednesday, the party's over. Except it's really not. For whoever leads us, it's just beginning, and my guess is we will all be called upon at some point to be part of the solution.

But what are we going to do in the meantime? I know for a fact Wolf is going to need help with this.

Here’s my question to you: How are you going to deal with election-withdrawal?