Are federal bailouts a good idea?

[cnn-photo-caption image= http://i2.cdn.turner.com/cnn/2008/images/09/19/art.fed.reserve.gi.jpg caption="As much as $1 trillion could be needed to avoid a meltdown of the U.S. financial system. "]

Treasury Secretary Henry Paulson and members of Congress have quite a weekend planned.

And while we're free to carry on with our regularly-scheduled weekend plans, rest assured we'll still be playing a pretty big role in this whole rescue plan... As taxpayers.

Secretary Paulson says the price tag for this bailout will be in the hundreds of billions of dollars.

But he is "convinced that this bold approach will cost American families far less than the alternative - a continuing series of financial institution failures and frozen credit markets unable to fund economic expansion."

Wall Street seems to think he's right. As word got out yesterday stocks rallied, and when the plan was confirmed this morning, the explosive rally continued.

Time will tell if the celebration is premature.

END_OF_DOCUMENT_TOKEN_TO_BE_REPLACED

Is Sarah Palin's 15 minutes of fame over? 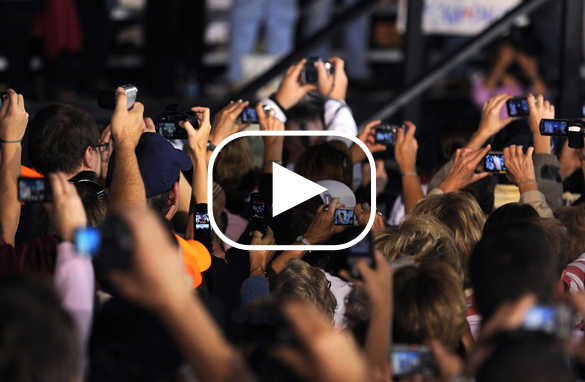 Click the play button to see what Jack and our viewers had to say.
(PHOTO CREDIT: GETTY IMAGES)

Funny how a stock market crash and the failure of a few big investment banks will distract Americans from the flavor of the day. There doesn't seem to be the burning interest in who makes Sarah Palin's glasses that there was even a few days ago.

Former White House adviser and Republican strategist Karl Rove told the Associated Press this week that the Palin phenomenon will fade between now and the election. And that may already be happening. Suddenly following the big bounce Sarah Palin and John McCain got coming out of their convention, Barack Obama is once again moving ahead in the national polls. Obama's a heavy favorite when it comes to handling the economy, and the crisis in the nation's financial system may have helped him.

Plus Sarah Palin has said she will refuse to cooperate in the investigation into her firing of Alaska's Public Safety Commissioner, she has said some awkward things during interviews and campaign appearances, and a recent CBS news poll shows only 42 percent of Americans think she is prepared to be vice president.

Here’s my question to you: Is Sarah Palin's 15 minutes of fame over?

END_OF_DOCUMENT_TOKEN_TO_BE_REPLACED

When you graduate 894th out of a class of 899, eventually it will show up.

And John McCain's mediocre performance at the Naval Academy is showing up big time this week in his total lack of understanding of the nation's financial crisis.

He told us he didn't know much about the economy… now he's proving it.

So much so that the Wall Street Journal, perhaps America's leading financial publication, is blasting McCain over what its editorial board sees as inaccurate and, "unpresidential" comments about the crisis in America's financial system.

If you're a Republican running for president of the United States and the Wall Street Journal basically says you're an incompetent buffoon, you're in serious trouble.

McCain pointed the finger at Cox and said if he were president, he'd fire him for "betraying the public's trust."

The Wall Street Journal called that assault "both false and deeply unfair."

The Journal also said, "In a crisis voters want steady, calm leadership… not easy, misleading answers that will do nothing to help."

Here’s my question to you: What does it mean when the Wall Street Journal slams Mcain on the economy?