Was Palin properly vetted to be McCain’s V.P.? 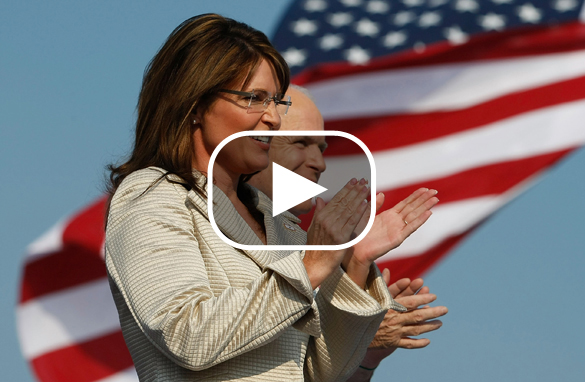 There's a growing sense that John McCain may not have done all his homework before making his V.P. pick.

Alaska Governor Sarah Palin is now grabbing headlines for all the wrong reasons: her 17-year-old unmarried daughter is pregnant.Palin has hired a private lawyer in the trooper probe ethics investigation. She was for the bridge to nowhere before she was against it. Palin appeared at a convention of the Alaska Independence Party - which tried to get votes on whether the state should secede from the union. Her husband was arrested 22 years ago on a DUI. And, although Palin is now railing against earmarks, she got hundreds of millions of dollars in federal funding for local projects as both governor and as mayor of Wasilla.

There's more. What about her foreign policy credentials? CNN's Campbell Brown repeatedly asked McCain spokesman Tucker Bounds last night why Palin is ready to be commander-in-chief, what qualifications she has, and to name one foreign policy decision Palin has made – Campbell never got an answer. It's reported that Palin may have only traveled overseas once, last year to Germany and Kuwait.

This has all led many to wonder how thorough of a vetting the Alaska governor got. McCain only met with Palin once and had one phone conversation with her before offering her the job. It raises serious questions about the kind of judgment McCain would use as president to make other big decisions.

Here’s my question to you: Was Governor Sarah Palin properly vetted before being named John McCain’s V.P.?

END_OF_DOCUMENT_TOKEN_TO_BE_REPLACED

Will the Iraq War be an important issue come November?

There was more good news from Iraq over the holiday weekend. The United States military has ceded control of Anbar province, once one of the deadliest places in that country, to the Iraqi military.

American casualties continue to be way down from their peak, and there seems now to be a growing consensus that the American military is going to be able to leave that country sometime in the next couple of years.

The situation has come a long way from the darkest days when millions of Iraqis became refugees, hundreds of thousands were killed and nothing approaching political stability was anywhere on the horizon.

The oil is flowing once again from Iraq – they have an $80 billion surplus sitting in banks now, and something resembling stability is threatening to return. With the tribal animosities that go back thousands of years however, it's too soon to declare victory. But there's no doubt about it: things are looking up. As evidence of this – a recent CNN poll indicates only 18% of Americans consider the war in Iraq to be the number one issue in November's election. 48% say it's the economy.

Here’s my question to you: How important will the Iraq war be to voters come November?

END_OF_DOCUMENT_TOKEN_TO_BE_REPLACED

The good news is: Hurricane Gustav spared New Orleans a direct hit. The bad news is: it freed up President Bush to appear at the Republican Convention tonight.

President Bush won't speak in person, but will address the convention by satellite from the White House. Some Republicans were actually relieved yesterday when they found out the president – whose approval ratings are at record low levels – wouldn't be in St. Paul because of the hurricane. They did manage to get rid of Vice President Cheney, who is on an overseas trip. But they still have Joe Lieberman and Fred Thompson on tap for tonight. All is not lost. The president's speech has been shortened, which is apparently due to Gustav and a compressed convention schedule.

It's a hard sell for McCain, who's been trying to distance himself from President Bush. The White House says the president is looking forward to thanking the Republicans for all their support and to "throw his enthusiastic support" behind McCain.

Polls show 80% of Americans think the country is on the wrong track. President Bush has been driving that train for 8 years. And John McCain has voted right along with President Bush 90% of the time.

Here’s my question to you: Does President Bush’s speaking to the Republican Convention help or hurt John McCain?

END_OF_DOCUMENT_TOKEN_TO_BE_REPLACED

NEW YORK (CNN) - This week the Republicans gather for their convention. For four days, they will labor under the illusion their party is still relevant. It's not.

It is entirely fitting that the headliner for this masquerade is a feeble looking 72-year-old white guy who doesn't know how many homes he owns.

It's more than symbolic that when a million Americans are losing their homes to foreclosure, the Republican candidate for president has lost track of his holdings.

McCain surrounds himself with people like former Republican Sen. Phil Gramm who called America a "nation of whiners" and said we are only suffering a "mental recession."

That's the same problem the Republican Party has. It has lost track of what it used to stand for: small government, a disciplined fiscal policy, integrity.