What’s a successful convention for Democrats?

If ever there was a chance for a resounding victory, the Democrats certainly have it. Look anywhere… Americans are fed up. Fed up with war, illegal immigration, a lack of affordable health care, rising inflation, unemployment, etc. They can't stand President Bush. The Republican nominee is a Bush clone – 26 years in the Senate, John McCain has voted with President Bush 95 percent of the time.

But the polls all suggest this is going to be close. Why? Is it that Obama's a comparative unknown? You wouldn't think so after the long Democratic primary battle. Is it because he's black? Maybe. Whatever the reasons, the Democrats are a long way from winning the White House in an election that should be a slam dunk for them.

All eyes will be on the Democratic Convention for the next few days to see if the party can right itself and head into the campaign stretch that matters with some momentum. There is the "Clinton" factor, of course… but you would think even her most ardent supporters would opt for one of their own. In the end, maybe they will. But we don't know that yet.

It's worth noting that no Democrat has ever come out of a fractured convention to win the presidency. So the pressure is definitely on. After the conventions, opinions begin to solidify and choices made are hard to undo the closer we get to November.

Here’s my question to you: What will constitute a successful convention for the Democrats?

END_OF_DOCUMENT_TOKEN_TO_BE_REPLACED

Are you better off now than 8 years ago?

Ronald Reagan had some success with this question a few years ago and things weren't nearly as crummy then as they are now: Are you better off now than you were 4 years ago? But this time it's been 8 years.

Think about it: unemployment is rising. The rate stands at 5.7% and we have lost 463,000 jobs since the first of the year. And so is inflation. It's accelerating at a faster rate than it has in 17 years. Gas prices are up 34% in the last year. Oil was around $26 a barrel when President Bush was inaugurated... it touched $147 a few weeks ago. More than 1 million homes are now in foreclosure.

Here are some national comparisons between today and where things were 8 years ago: Americans' wages have actually gone down since the last recession ended. And we are spending 14.1% of our disposable income on debt; that's higher than it was in 2001.

Americans are pretty glum about the future, too. The Conference Board's Consumer Confidence Index stood at almost 85% in 2001; now it's just below 52%.

Also, a new CNN/Opinion Research Corporation Poll finds 75% of those surveyed think the economy is in bad shape; that's compared to just 43% who felt that way a year ago.

So as the conventions get under way and the campaign for the White House heats up - voters have a lot to think about.

Here’s my question to you: With the election 71 days away, are you better off now than you were eight years ago?

END_OF_DOCUMENT_TOKEN_TO_BE_REPLACED

Could not picking Hillary cost Obama the election? 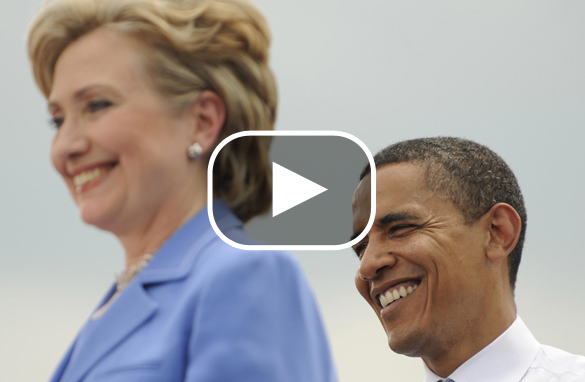 I have started writing a weekly column for CNN.com. This week the headline is "The Beverly Hillary-billies come to Denver." (You will be able to read it tomorrow on cnn.com.)

Despite all the rosy assurances from both sides, there are signs of lingering deep bitterness between the Obama and Clinton camps. And it's a division and bitterness you could see coming in South Carolina. And John McCain is using Hillary Clinton like a baseball bat to hit Barack Obama over the head, using her own words from the primaries against him.

The Clintons will have ample opportunity to try to heal the wounds this week at the convention, but I'm beginning to wonder if they're capable. Hillary speaks tomorrow night, former president Bill Clinton on Wednesday night.

According to CNN's own poll, 66% of Clinton supporters – these are registered Democrats who wanted Hillary to be the nominee – 66% say they're backing Obama. That's down from 75% in June. At the same time, the number of Clinton Democrats who say they will vote for John McCain has gone up 11% since June.

And this may be the telling number. Only 59% of Hillary's supporters say the selection of Senator Joe Biden as Obama's running mate was an "excellent" or "good" decision. Among all registered Democrats that number jumps to 73%.

Here’s my question to you: Is it possible that not picking Hillary Clinton as a running mate could cost Barack Obama the election?