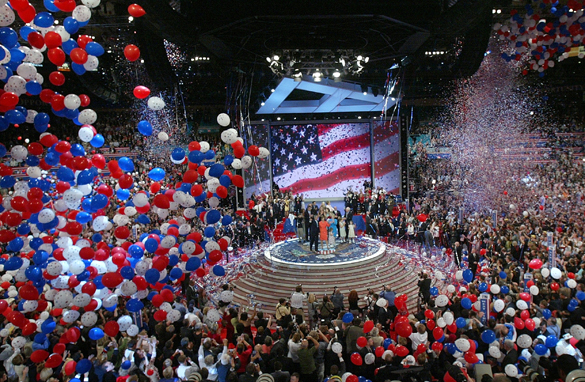 Republican Senator Norm Coleman of Minnesota says he wouldn't attend his party's own convention... if it weren't in his backyard.

Coleman was talking about his fellow senators who won't be going to the GOP convention. He says they're staying home "only because they have tough races". Coleman also faces a tough re-election bid this fall and probably should be concerned about tying himself to a damaged Republican brand as well. As one GOP congressman put it earlier this year: "the Republican brand is in the trash can... if we were dog food, they would take us off the shelf."

So far - several senators say they're skipping the festivities in St. Paul. They include Senators Pat Roberts of Kansas, Susan Collins of Maine, Gordon Smith of Oregon, Ted Stevens of Alaska and Elizabeth Dole of North Carolina. That's 5 sitting Senators out of 49 who will be no-shows.

And, the number of Republicans who want no part of the convention is actually even higher because three retiring GOP senators aren't going to attend and there are two others who haven't made up their minds yet.

One political analyst says during the conventions, those senators running for re-election won't be able to campaign anyway. He says the reason they're not going is they're afraid of being associated with party figures who are unpopular in their states - you know, like President Bush and Vice President Cheney.

Here’s my question to you: What does it mean when more than 10% of Republican senators are refusing to attend their own convention?

END_OF_DOCUMENT_TOKEN_TO_BE_REPLACED 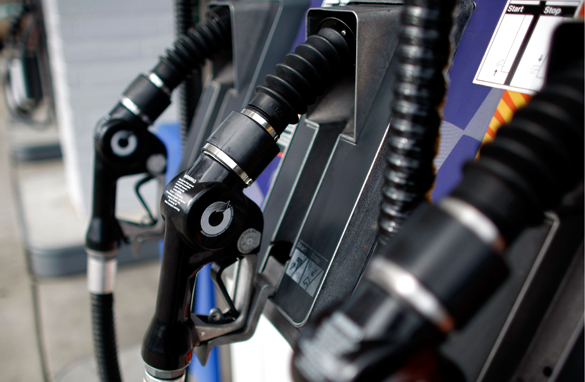 With high gas prices have come a chorus of election year ideas about what to do. And when those voices start singing, the oil company lobbyists spring into action. See, a lot of Americans blame the big oil companies for our energy problems. The oil industry is fighting back with tens of millions of dollars being spent by their lobbyists to keep Congress from punishing them.

In fact, the big oil companies are on track to surpass last year's record spending for lobbyists of $83 million, according to the Center for Responsive Politics.

And it seems to be working. See, suddenly the oil industry is the subject of a bunch of proposed legislation in Congress - none of it good for the oil companies. Democrats and environmentalists generally favor higher taxes on the oil companies and more funding for renewables. Republicans want the oil companies to drill more oil wells.

When it comes to lobbying the presidential candidates, big oil has spent $11 million so far - with Republican candidate John McCain benefiting the most. He's received $1.4 million in cash contributions from oil employees – that's the most of any candidate – and three times as much as Barack Obama.

Remember I said its working? So far, no legislation has cleared Congress on any of this. Gas prices are coming down a little on their own. And Congress is on vacation. A financial analyst would suggest the millions of dollars spent on lobbying by the oil companies is money well spent.

Here’s my question to you: Can your voice be heard when the oil industry will spend more than $80 million lobbying Congress this year?

END_OF_DOCUMENT_TOKEN_TO_BE_REPLACED 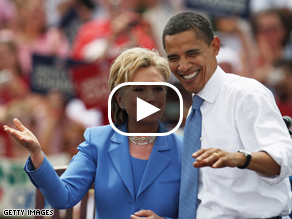 Yet another sign that Hillary Clinton is doing her dead-level best to take title to the Democratic National Convention.

In addition to the laundry list of concessions she has already wrung out of Barack Obama, Bill and Hillary Clinton plan to use the convention to raise money to pay off more of her campaign debt from the primaries.

Hillary Clinton has announced she will award one lucky donor a trip to the convention – with her. And in case that's not incentive enough, Bill Clinton sent an e-mail to potential contributors promising a memorable week with his wife.

"You'll get to see Hillary speak on Tuesday, and Barack Obama – the next president of the United States – on Thursday. And I hear Hillary and you will have a chat – I'll make sure to stop by." Makes you want to borrow against your house.

I mentioned Hillary Clinton's doing her best to take title to the convention? Clinton will have her name placed into nomination and there will be a roll call vote. She gets her own prime-time speaking slot. She will be introduced by her daughter, Chelsea. The video preceding her will be produced by her own production company – the same bunch that did the "Man From Hope," for Bill Clinton. Oh, and he's going to speak too. All this for the loser in the race.

The clock is ticking when it comes to Clinton's debt. According to campaign finance rules, candidates only have 20 days after the convention ends to fund-raise for their personal loans. So if you see Senator Clinton out in front of the convention hall with a cup of pencils, buy one. She needs the money.

Here’s my question to you: Is the Democratic Convention the appropriate place for Hillary Clinton to raise money to pay off her campaign debt?