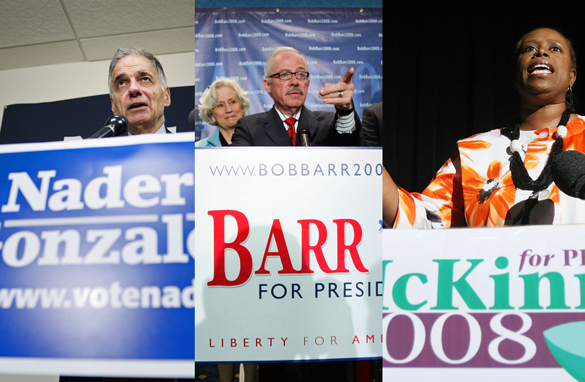 END_OF_DOCUMENT_TOKEN_TO_BE_REPLACED

Why do military donations favor Obama over McCain? 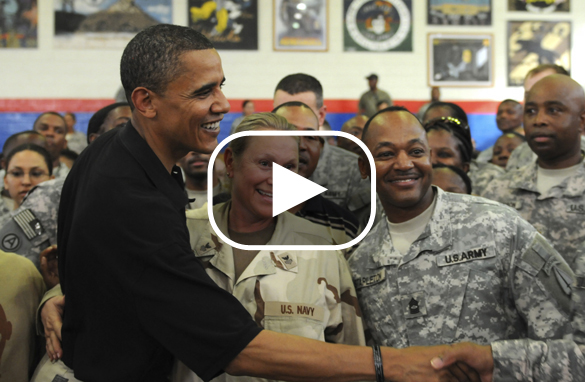 When it comes to the money race, it appears Barack Obama is ahead on the battlefield. Members of the military are donating more money to Obama than to the military man John McCain. A lot more money.

A nonpartisan organization called the "Center for Responsive Politics" reports U.S. troops serving abroad have given almost six times as much money to the Democrat Obama as they have to the Republican McCain.

These are pretty shocking results when you consider that historically military donations favor the Republican. Also, McCain is a decorated war hero who spent almost 5 years as a POW in Vietnam. He graduated from the U-S Naval Academy and was a naval aviator for 22 years. His military experience is a big part of his candidacy. Obama has never served a day in the military.

It might just mean that Obama's message of being against the war in Iraq is resonating with the people who have been called on to fight it. Obama says he would pull out all combat troops from Iraq within 16 months.

McCain has been a staunch supporter of the war and insists the U.S. will only withdraw troops when the conditions on the ground are right. At one point, McCain suggested the United States could be in Iraq for 100 years.
Here’s my question to you: Why are members of the military donating more money to Barack Obama despite John McCain’s military background?

END_OF_DOCUMENT_TOKEN_TO_BE_REPLACED

Has Hillary taken over the convention?

The Democratic National Convention is shaping into quite some party for Hillary Clinton.

Her name will be placed into nomination. She'll give a prime-time address, introduced by her daughter Chelsea. Her husband, former President Bill Clinton, will get his own plum speaking slot on a separate night. She will also have her own production team to create the introductory video that precedes her speech – the same people who produced Bill Clinton's biography video "The Man from Hope" in 1992.

And, there's now language in the party's platform that refers to the "18 million cracks in the highest glass ceiling," and suggests that media sexism contributed to Hillary's defeat. All this makes it easy to forget that Hillary Clinton is the loser.

Barack Obama and Clinton say they agreed to put both of their names into nomination after weeks of negotiating. It's meant to help unite the party and head off potential embarrassing problems at the convention from Hillary supporters. You can bet Obama wants a drama-free convention and sees this laundry list of concessions as a way of keeping the peace.

Others suggest this amounts to little more than extortion. One expert says the Clintons have "got Obama hostage and are exacting their ransom" with all of these convention demands. New York Daily News columnist Michael Goodwin writes that "Obama blinked and stands guilty of appeasing Clinton”. He points out by giving in to her, Obama doesn't stand to get any votes he wouldn't have gotten anyway, and that those who refuse to accept him as the legitimate winner probably won't change their minds because he's caved in.

If he can't stand up to Hillary, how's he going to fare against Vladimir Putin?
Here’s my question to you: When it comes to the convention, has Barack Obama let Hillary Clinton take over?