Does Hillary want Obama to win? 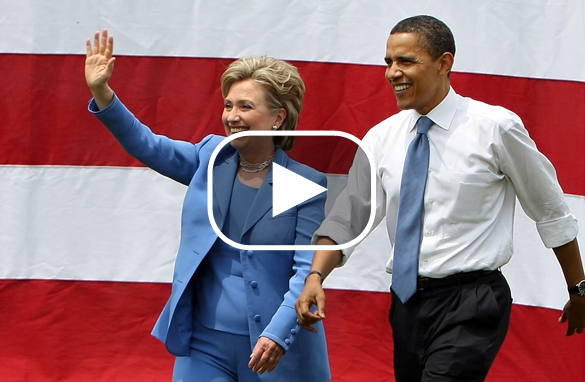 Hillary Clinton apparently hasn't gotten the message yet that it's over.

She's now trying to find a way for her delegates to be heard at the Convention, saying it will help unify the party. And, she hasn't ruled out having her name placed into nomination.

Clinton told supporters at a California fund-raiser last week that the party will come out stronger if people feel their voices were heard. She spoke of an "incredible pent up desire" on the part of her supporters, saying people want to feel like it's "a catharsis" and then they'll get behind Barack Obama. It's beginning to sound like group therapy.

Watch: Cafferty: Is Clinton over it?

Under DNC rules, Clinton would have to submit a request to have her name placed in nomination. She says no decisions have been made. But several groups of her supporters are planning marches and demonstrations in Denver, and collecting petition signatures to nominate her.

Time Magazine reports that while in public Clinton is doing everything she's been asked to help Obama, behind the scenes it's a different story. Associates say Clinton is still skeptical that Obama can win. And if he loses, that could set the stage for her to run again in 4 years.

And then there's Bill Clinton who continues to pout. Earlier this week he refused to tell an interviewer if he thought Obama was ready to be president, instead giving some lame excuse that "nobody is ever ready" and that the Constitution sets out qualifications for president.

Needless to say, none of this is helpful to Barack Obama. His campaign and Clinton's put out a joint statement saying that they're working together and the party

Here’s my question to you: Do you think Hillary Clinton wants Barack Obama to win?

END_OF_DOCUMENT_TOKEN_TO_BE_REPLACED

Study: All adults could be overweight in 40 years

Put down that burger and fries and consider this: a new study says that every American adult could be overweight in 40 years. We're actually not so far away now with two-thirds of the population already overweight.

And it's not just the scales we'd be tipping. The study shows that health care costs related to all this weight will double each decade, reaching $957 billion in about 20 years. Or even more.

Some experts doubt that all of us will be obese or overweight in 40 years, but they agree the problem is getting worse. Others say it just might happen if Americans keep eating more and moving around less. Researchers call for major efforts to improve lifestyles in this country along with social changes, like healthier food choices and making neighborhoods more pedestrian-friendly.

Here’s my question to you: What should Americans do so that all of us aren’t overweight in 40 years?

END_OF_DOCUMENT_TOKEN_TO_BE_REPLACED 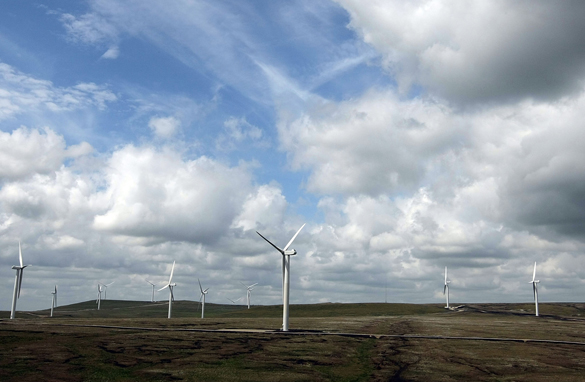 With $4-a-gallon gasoline on the minds of many voters, Barack Obama and John McCain are tripping over each another to address energy issues.

It's something that touches almost every American, since higher gas prices inflate the cost of food, transportation, you name it. And, our dependence on foreign oil raises national security concerns. So what is the next president going to do about it? Both candidates have been laying out their plans and criticizing the other's proposals while they're at it.

The air is thick with lofty goals and promises. McCain: reduce carbon emissions 60 percent below 1990 levels by 2050 and spend $2 billion a year for 15 years for clean coal technology. McCain opposes a windfall profits tax on oil companies. And, in a change of positions, now favors offshore drilling. He wants to build new nuclear reactors and has proposed a $300 million award for a battery to advance hybrid and electric car technology.

Obama: get us off Middle East and Venezuelan oil within 10 years. Invest $150 billion dollars over 10 years – with billions more from the private sector – to build a new energy economy that would create 5 million jobs. Obama is calling on Americans to cut back on their use of electricity. Obama too now says he supports offshore drilling as part of a larger energy strategy, and would require 10% of our energy to come from renewable sources by the end of his first term.

Here’s my question to you: How much faith do you have in Barack Obama or John McCain to solve our energy problems?