Why isn’t Obama doing better in the polls? 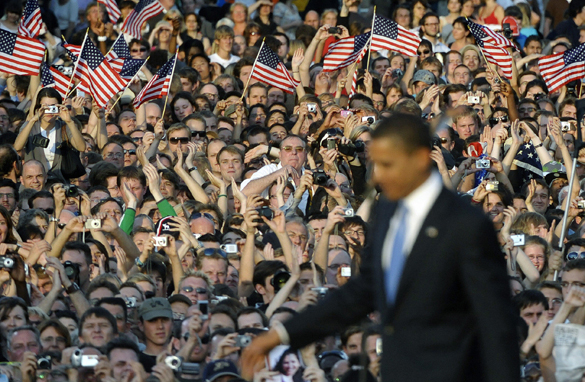 It's a mystery to many: why isn't Barack Obama farther ahead in the polls?

It seems like Obama should be miles ahead of McCain when you consider the political climate. Americans can no longer stand President Bush, or the Republican Party, or the war in Iraq. And of course there's the economy. Also, Obama has run a pretty flawless campaign – highlighted by that hugely successful trip overseas last week. John McCain, on the other hand spent last week making one mistake after another.

One Democratic pollster tells the New York Times that Obama still faces many obstacles. He's young, African-American, relatively inexperienced and has a background that not many Americans can relate to.

Also, his rival, John McCain, has a history of appealing to independent voters, which is part of the reason why his supporters argued during the primaries that he was the strongest general election candidate.

Robert Novak writes in his column that Obama's difficulty reaching the 50% mark is due to an "overwhelmingly white" undecided vote of 10% to 15%. It's left some Republicans speculating whether McCain might be able to "back into" the presidency much like he did his party's nomination. This is despite the fact that even Novak describes McCain as "wooden" and acknowledges "not even Bob Dole's dismal candidacy in 1996 generated less enthusiasm in GOP ranks than McCain's current effort".

Here’s my question to you: Why isn’t Barack Obama doing better in the polls?

END_OF_DOCUMENT_TOKEN_TO_BE_REPLACED

Where are the Clintons? 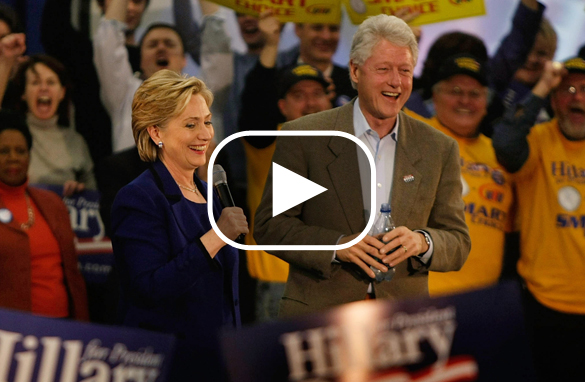 It looks like Barack Obama is narrowing his search for a vice president, and Hillary Clinton ain't on the list. There are reports that Virginia Governor Tom Kaine is quote "very, very high on the short list" and that he's told associates he's had "very serious conversations" with Obama about joining the ticket.

Some of the other names out there are Senators Evan Bayh and Joe Biden, Kansas Governor Kathleen Sebelius and former Senator Sam Nunn. But no Hillary. She may dream about being on the dream ticket, but that's apparently about all.

Right after the primaries CNN's Roland Martin told me the chances of Hillary being on the ticket were slim and none. When one of our bosses told him he needed a second source for that information, Roland said, "There is no second source." Looks like he knew what he was talking about.

The New York Times says Clinton has told people close to her she thinks there's little chance Obama will pick her. Here's a clue: She hasn't been asked to provide any documents to the committee vetting potential VPs. She's not campaigning for Obama either.

Hillary Clinton hardly darkened the door of the U.S. Senate for 16 months while she was running for president.

Now all of a sudden her former campaign chairman Terry McAuliffe says she's been too busy working in the Senate to campaign for the Democrat who won the nomination. He says once she's done there, though, "she's going to hit the campaign trail." Her Senate work didn't keep her from campaigning for herself almost every day for a year and half.

And what about Bill Clinton? Almost as silent and invisible as his wife.

Here’s my question to you: When it comes to Barack Obama, where are the Clintons?