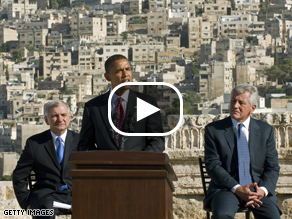 Judgment matters more than experience when it comes to picking a president... so says Republican Senator Chuck Hagel.

The Nebraska senator traveled with Barack Obama into the war zones of Iraq and Afghanistan last week. Hagel, a Vietnam vet who earned 2 purple hearts, says experience does matter, but that character and judgment matter more. That includes: who the candidate listens to and if he can make the right decisions on behalf of his country and the world.

Hagel has been a sharp critic of the war in Iraq and has been mentioned as a possible vice presidential running mate for Barack Obama. He hasn't endorsed either Obama or John McCain, but says Americans are lucky to have a choice between these two "smart, capable and decent men."

Also traveling with Obama was another military man, Democratic Senator Jack Reed of Rhode Island. Reed, a retired Army captain, talked about what it was like visiting military posts with Obama. He described it as "dynamic”, saying they couldn't get to their car because soldiers were flocking to Obama to get autographs, take a picture, say hello. Reed says Obama received genuine and enthusiastic responses from the troops.

McCain has used the same line Hillary Clinton used against Barack Obama during the primaries, saying he doesn't have enough experience to be commander-in-chief
Here’s my question to you: Is judgment more important for a president than experience?

END_OF_DOCUMENT_TOKEN_TO_BE_REPLACED

FROM CNN's Jack Cafferty:
The air in Beijing is heavy with a whole lot more than anticipation in advance of the Summer Olympic Games which begin in less than 2 weeks. Pollution in China's capital is reaching dangerous levels.

Chinese state media reports that if the air quality doesn't improve, they could pull up to 90% of the cars off the road in Beijing and shut down more factories. This comes after an air pollution control plan implemented over a week ago – it included pulling half of the city's 3 million vehicles off the roads, closing factories in and around Beijing and halting most construction. So far it hasn't worked.

For the last 5 days, Beijing's air pollution index has failed to meet the standard for "good" air quality, with visibility reduced to several hundred yards. Just the kind of stuff you want your athletes breathing.

More than 10,000 athletes and hundreds of thousands of spectators are expected for the games. Some teams, including our own, are offering optional breathing masks for their athletes.

And pollution isn't the only issue plaguing the Beijing games. Secretary of State Condoleezza Rice is warning China not to use Olympic security as an excuse to crack down on legitimate dissent. Chinese officials have made several terror-related arrests and insist that the Olympics are threatened by terrorists. But some are concerned China – which hasn't presented much evidence in these crackdowns – is just going after people who disagree with them. Most experts say the threat from terrorists is low.

And then there are the free-speech activists and those focused on Tibet and Darfur who have gone after China ahead of the summer games.
Here’s my question to you: In light of pollution in Beijing among other issues, was it a mistake to award the Olympic Games to China?

END_OF_DOCUMENT_TOKEN_TO_BE_REPLACED

Obama’s overseas trip change your opinion of him? 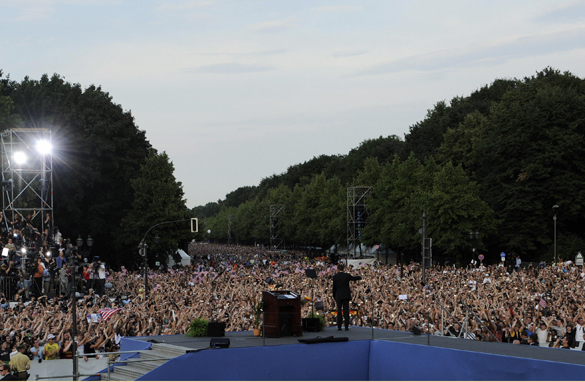 FROM CNN's Jack Cafferty:
Barack Obama's overseas trip was almost flawless. It's the first time in eight years an American politician was greeted so enthusiastically overseas. We saw foreign citizens waving American flags instead of burning them or having the host country's military holding back angry protesters.

And, while Obama was away shoring up his foreign policy credentials overseas, it seems the trip turned out to be devastating for John McCain. He spent the week stumbling around the U.S. making gaffes about foreign policy, which is supposed to be his strong suit.

We heard McCain refer to the nonexistent "Iraq-Pakistan border," he got his timing wrong on the surge and the Sunni awakening against Al Qaeda, he called Iraq "the first major conflict since 9-11." I guess Afghanistan doesn't count. And, are you ready? McCain acknowledged that 16 months for a U.S. troop withdrawal from Iraq is quote "a pretty good timetable." Go figure. And of course it's ironic that it was John McCain who kept urging Barack Obama to go overseas in the first place.

Obama did take some heat for canceling plans to visit wounded troops at a U.S. base in Germany. He probably should have gone.

Nonetheless, the polls are reflecting just how good a week it was for Barack Obama. CNN's Poll of Polls now shows Obama leading McCain by 6 points, 45 to 39 percent. And the Gallup daily tracking poll shows Obama jumping ahead of McCain by 9 points.

Here’s my question to you: Did Barack Obama's overseas trip change your opinion of him?