[cnn-photo-caption image= http://i2.cdn.turner.com/cnn/2008/images/07/17/art.five.dollar.gas.gi.jpg caption="Regular unleaded gasoline remains at its record high price of $4.12 a gallon, according to AAA."]

So says Republican Congressman John Peterson. He's one of the lawmakers heading up the bipartisan "energy working group" in the House, which is trying to bring back stalled energy legislation.

The Pennsylvania Congressman says the energy crisis is destroying the middle class that made this country strong, and even calls for a "war on energy” – much like our war on terror.

He says that expanding offshore drilling is the most important thing Congress can do to boost domestic supply, something many Democrats have opposed. But Peterson also calls for conservation, tax breaks and tax credits for people to get rid of their old cars, and more funding for renewable energy sources.

There's also a bipartisan group working in the Senate on an energy bill. It's believed eventual compromises would include new domestic drilling to satisfy Republicans, while promoting conservation and alternative energy sources to make Democrats happy.

Here’s my question to you: Is the energy crisis a bigger threat to the U.S. than terrorism?

END_OF_DOCUMENT_TOKEN_TO_BE_REPLACED 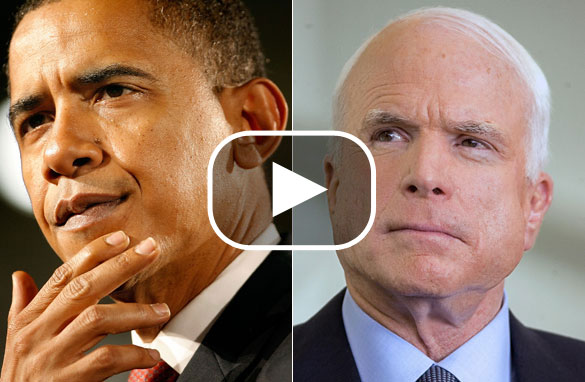 END_OF_DOCUMENT_TOKEN_TO_BE_REPLACED

Americans are fed up with Congress. Why wouldn't they be? A new Gallup poll shows Congress' approval rating at 14%, the lowest in 30 years.

One of the reasons has got to be the legislative branch's refusal to exercise any sort of oversight on the executive branch of government, something they are specifically charged in our Constitution with doing.

In fact, President Bush has learned he can simply thumb his nose at Congress, because they won't do anything about it. So he does… over and over and over again.

Yesterday President Bush claimed executive privilege – yet again – in refusing to hand over the transcript of the FBI interview with Vice President Dick Cheney about the CIA leak case. Congressman Henry Waxman stomped his feet and said he'll move forward with a contempt citation against Attorney General Michael Mukasey. But, so what? Haven't we been here before?

Multiple White House staffers have ignored subpoenas in the last several years, including Karl Rove, former counsel Harriet Miers, Chief of Staff Joshua Bolten and former Attorney General Alberto Gonzales. And nothing was done to any of them.

Meanwhile, Congress bowed to King George's demands and passed that new FISA surveillance bill, without ever doing anything about the breaking of the law with the old one. They continue to approve more money for the war in Iraq – most recently another $162 billion, no strings attached – despite promising to cut off funding for the war back in 2006.

A new book titled "The Dark Side" by New Yorker writer Jane Mayer suggests top administration officials including President Bush, Cheney, Rumsfeld and others may be guilty of war crimes, but Congress has chosen to simply look the other way. A good lawyer might be able to make the case Congress has been criminally negligent.

Here’s my question to you: Why does Congress continue to allow President Bush to get away with so much?