A “mental” recession vs. a real one?

John McCain didn't need this. Former senator Phil Gramm, McCain's campaign co-chairman and one of his economic advisers said the U.S. is only going through a "mental recession." No problem.

Gramm also called the United States "a nation of whiners." McCain is actually quite capable of saying stupid things on his own… he really doesn't need Phil Gramm to help him. Gramm later said he was referring to U.S. leaders as "whiners," not ordinary Americans – but that's not what he said. Gramm also stood by his comments on a mental recession, saying we haven't measured negative growth – it's simply all in our minds.

McCain, he couldn't distance himself from the comments fast enough, saying he strongly disagreed and that Gramm didn't speak for him. But Phil Gramm is advising him on the economy and is co-chairing his run for the White House.

Phil Gramm has now made it much more difficult for McCain to prove to the average citizen that he feels their pain, and it reinforces the perception that wealthy Republicans are out of touch with what most Americans are dealing with. Gramm's remarks come after McCain himself said earlier this year that the economy isn't his strong suit and after he insisted the fundamentals of the economy remain strong.

Tell that to the millions of Americans who are grappling with record energy costs and gas prices, the housing and credit crises, a loss of jobs, increase in unemployment, a slumping stock market, inflation, a falling dollar, the drain from two wars and on and on.

It's Friday afternoon and we need your help here…

Here’s my question to you: What's the difference between a "mental" recession and a real one?

END_OF_DOCUMENT_TOKEN_TO_BE_REPLACED

What should be done about Iran?

Iran is holding a fistful of aces.

Consider this: The Islamic Republic is the second-largest oil producing country in OPEC – with an output of 4 million barrels a day. And the head of OPEC warns that any military conflict involving Iran could result in an "unlimited" increase in oil prices. You think today's record trading high of more than $147 a barrel was bad news? He says the other members of OPEC wouldn't be able to make up for the lost production, and prices could head through the roof. Some experts are predicting prices of $250 per barrel or higher.

Meanwhile, Iran continues to go along with its nuclear program. In an attempt to showcase some of its military might, the Iranians test-fired a long-range missile Wednesday and several shorter-range missiles Wednesday and Thursday. A top Iranian military official has threatened to close down the straits of Hormuz if Iran is attacked; more than 17 million barrels of oil flow through the strait every day.

In light of Iran's missile tests, the U.S. and Israel are flexing their muscles, too. Secretary of State Condoleezza Rice says the U.S. will "defend our interests and defend our allies." And Israel, whom Iranian President Mahmoud Ahmadinejad has vowed to destroy, is also chiming in. Defense Minister Ehud Barak says he favors sanctions and diplomatic pressure, but that Israel has proved in the past that it's not afraid to act if its security is at risk.

Here’s my question to you: What should be done about Iran, considering how much influence it has over the world’s oil supply?

END_OF_DOCUMENT_TOKEN_TO_BE_REPLACED 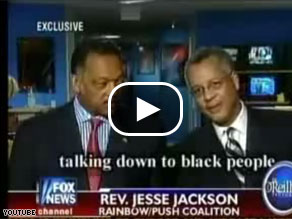