Are gas prices changing your life? 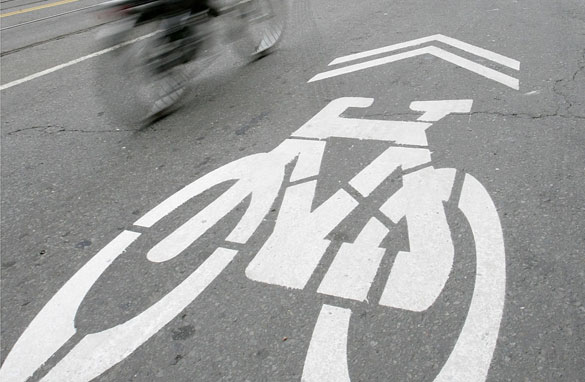 The market is beginning to do what no politician can. As we head into the summer driving season, rising gasoline prices are cramping the style of many Americans.

With the average price holding steady above $4 a gallon, demand for gasoline fell 2.7% last week compared to the same week one year ago. A MasterCard report says it's also the ninth consecutive week of declines compared to 2007.

The New York Times reports rising energy costs are forcing many Americans to reconsider life in the suburbs, now that commuting as well as heating and cooling their homes is becoming more and more expensive.

In the 1950s, we began fleeing the hustle and bustle of the cities for the peace and tranquility of the suburbs. But energy costs threaten to reverse this 50-year pattern. Analysts say that in cities like Atlanta, Philadelphia, San Francisco and Minneapolis, homes outside the urban center have been falling in value faster than those within it.

Economists and real estate agents believe that skyrocketing energy costs are a top reason why home prices continue to decline in the suburbs. In fact, a recent survey found that more than 75% of home buyers would rather live in a city because of fuel prices.

The bottom line is millions of Americans just can't afford to drive as much. The government found that in March, Americans drove 11 billion fewer miles than in the same month of 2007 – that's the largest one-month drop since they started keeping track of this stuff.

Here’s my question to you: How are gasoline prices changing your life?

[cnn-photo-caption image= http://i.cdn.turner.com/cnn/2008/images/06/25/art.surgery.gi.jpg caption="American Society of Plastic Surgeons predicts that by 2015, 17% of all Americans will have some kind of plastic surgery."]

The good news is our life expectancy keeps going up. We're living longer and healthier lives than we ever have before. The bad news is with extra years comes extra wrinkles, sag, cellulite and a general deterioration of our otherwise stunning good looks.

Enter the cosmetic surgeon. In fact, enter a whole army of cosmetic surgeons. Americans are nothing if not vain. In the face of $4 gasoline, a possible lengthy and painful recession and economic hardship that threatens to touch everyone's lives, millions of us still manage to come up with the money and the gasoline to get to the plastic surgeon.

Just last year, Americans spent more than $13 billion for almost 12 million procedures, up from 8.5 million procedures in 2001. Surgeons say there has been a bit of a slowdown recently because of the economy, but they expect many, many more of us to go under the knife in the coming years. We may be broke, but at least we'll look good in the unemployment line.

A new study by the American Society of Plastic Surgeons predicts that by 2015, the current number of procedures will quadruple to more than 55 million. It's estimated that 17% of all Americans will be getting work done – that's almost one in five people.

However, the head of this organization says they are concerned that with the predicted growth in surgery, people not take shortcuts and go only to board-certified plastic surgeons. I wonder who Joan Rivers went to.

Here’s my question to you: What does it say about our society if almost 1 in 5 Americans will be getting cosmetic surgery within 7 years?

END_OF_DOCUMENT_TOKEN_TO_BE_REPLACED 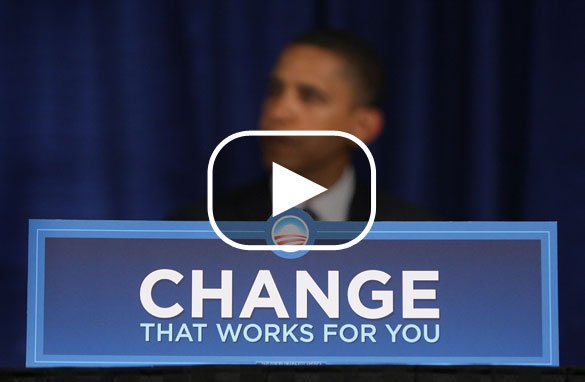 Barack Obama is widening his lead over John McCain in early polling. A new Los Angeles Times-Bloomberg poll shows Obama topping McCain by 12 points – 49% to 37% – in a two-man race. If you include third-party candidates Ralph Nader and Bob Barr, Obama leads McCain by 15 points. A recent Newsweek poll also shows Obama up by 15.

CNN's poll of polls reflects this growing gap as well, with Obama now leading McCain by 8 points – 48% to 40%. That's double the 4-point lead Obama held in this average of polls less than two weeks ago.

Obama's lead may be due in part to his positions on domestic issues, with many voters saying he'd do a better job than McCain handling healthcare, taxes and the economy, the nation's number one issue. McCain once said he's not an expert on the economy. He continues to insist that the fundamentals of the economy are very strong.

McCain remains the most trusted when it comes to protecting the country from terrorism. But that may not hold up if advisers like Charlie Black keep saying things like another terror attack on U.S. soil would help McCain.

Here’s my question to you: What does it mean if Barack Obama is opening up a double-digit lead over John McCain in some polls?